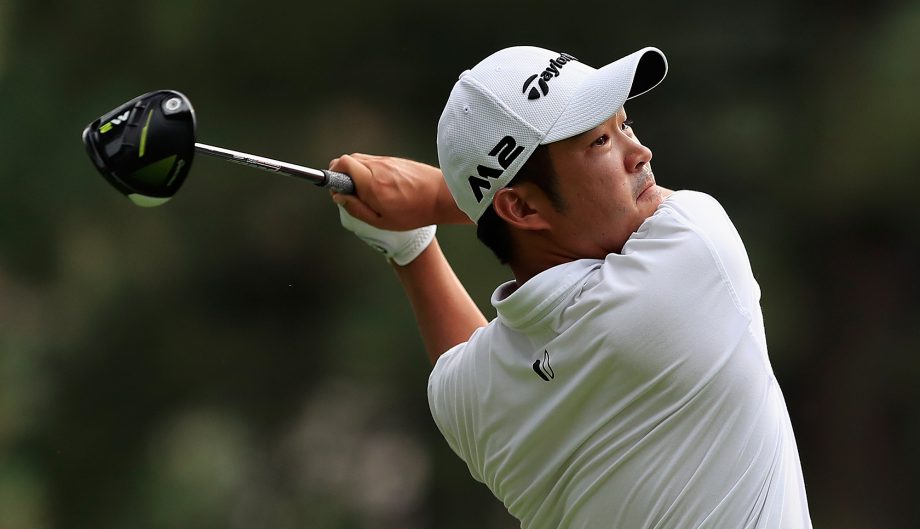 RENO, Nev. – John Huh made plenty of putts in the Barracuda Championship, which leads to good results no matter how the score is kept.

Huh took only 24 putts on Thursday at Montreaux Golf and Country Club, the last one from 6 feet for his eighth birdie on his final hole to give him 15 points and a one-point lead over Stuart Appleby and Miguel Angel Carballo.

“Twenty-four putts is always nice. That was the key to make a few birdies,” Huh said. “Hopefully, I can do it the next three days.”

Appleby also had eight birdies against two bogeys, while Carballo made up ground with a pair of eagles, one in which he holed out from 160 yards on No. 17.

That’s a goal for eight of the top nine players on the leaderboard. Appleby and Carballo are outside the top 200.

Six players were at 13 points, a group that included Ryan Palmer. He needs to win to get into the PGA Championship next week at Quail Hollow. The PGA is holding a spot for a player who wins at Montreaux that is not already eligible.

Carballo only had three birdies against two bogeys, but those two eagles were worth the equivalent of five birdies (10 points). After holing out from a greenside bunker for birdie on the 16th, he holed out from 160 yards on the next hole. Then after he missed the green at No. 1 from the fairway and made bogey, the Argentine ripped a 3-wood that couldn’t see it was close until he got up near the green and saw it 8 feet from the hole.

“We were hoping for the best and it ended up being right next to the pin,” he said.

Ottawa’s Brad Fritsch is tied for 10th with 11 points while Graham DeLaet of Weyburn, Sask., has six points. David Hearn of Brantford, Ont., has five points.

Davis Love III, who celebrates the 20-year anniversary of his PGA Championship victory next week, had 11 points. His son, Dru Love, was at minus 4 points and toward the bottom of the pack.