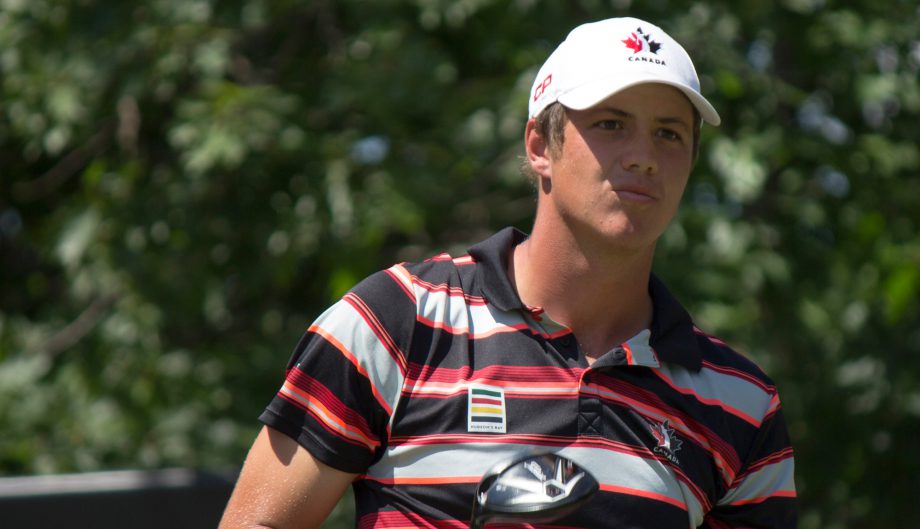 PILAR COUNTY, Buenos Aires, Argentina – Team Canada’s Hugo Bernard saved his strongest play for Sunday’s final round of action at the South American Amateur, carding a 5-under par 67 to jump into a three-way tie for seventh place.

Bernard, a Mont-Saint-Hilaire, Que., native, recorded six birdies at the Martindale Country Club en route to finishing as the low Canadian at 6-under par. The 22-year-old trailed men’s champion Paul Chaplet of Costa Rica, who secured a two-stroke victory at 14-under par.

Richmond Hill, Ont., native Monet Chun continued her steady play to lead the way for the Canadian women. Chun, 16, closed with a 1-under 71 to also record her strongest round at the event, lifting her to a solo 16th finish.

Teammate Mary Parsons of Delta, B.C., also followed suit with the strong Canadian play on Sunday, carding a 2-under 70 to jump nine spots up the leaderboard into solo 32nd at 15-over par.

The women’s field could not keep up with the surging medallist Isabella Fierro of Mexico, who ran away with a 10-stroke victory at 14-under par (68-71-67-68). Fierro adds yet another impressive result to her resume; she recently took home medallist honours at the Mexican Amateur earlier this month.