Hughes in solo 3rd heading into finale in Punta Cana 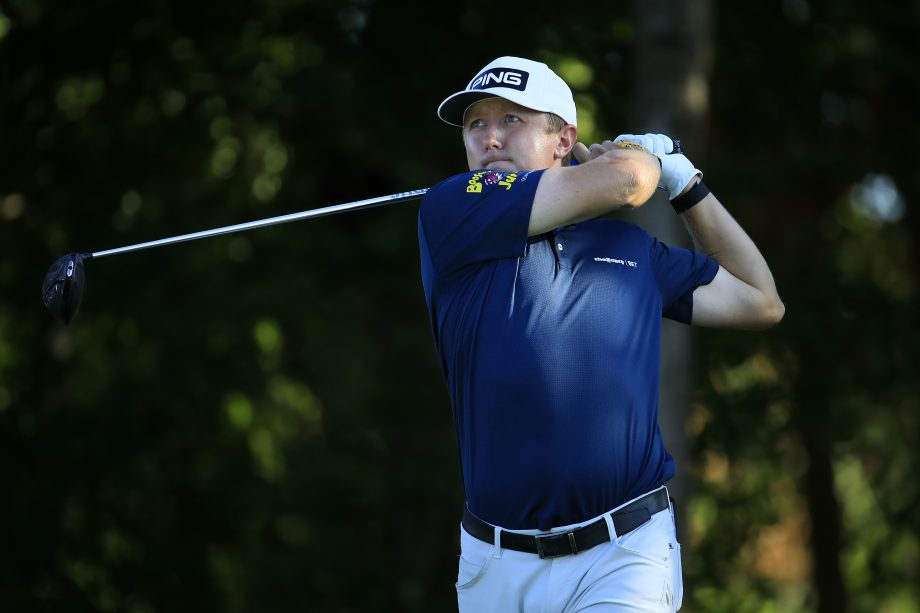 PUNTA CANA, Dominican Republic – Adam Long went from trying to hit a fairway to a course so open it’s hard to miss. He went from grinding over pars to pouring in birdies.

One week after he toiled to a tie for 13th at Winged Foot in the U.S. Open, Long is loving life in the Caribbean.

Long ran off five birdies in a six-hole stretch to grab the lead and finished with key par saves for an 8-under 64 that give him a two-shot lead over Hudson Swafford in the Corales Puntacana Resort and Club Championship.

“Big contrast from the U.S. Open to here, obviously,” Long said. “That was just such a mental grind. It was just trying to hit a fairway. You’re probably going to miss it and then you try to get it up on the green and try to make pars. Here, it’s a lot different landscape. It seems really wide open coming from Winged Foot, but it’s a lot of drivers and trying to hit it as far as you can. This is more about making birdies.”

Swafford didn’t make any birdies over his last 10 holes in his round of 69, though he wasn’t about to take on any risks and drop unnecessary shots. He’s still in the final group with a good shot at his second PGA Tour title.

“Right in it. I didn’t do anything to hurt myself today,” Swafford said. “Obviously, Adam Long went out and played a great round in tricky wind. … Got to get the bad one out of the way and put a little pressure on Adam.”

Long, who one-putted nine of his last 10 holes, matched the low round Saturday and will go after his second PGA Tour title. His other was in January 2019 when he birdied the last hole of the Desert Classic to beat Phil Mickelson and Adam Hadwin.

He has a little more separation going into the final round in the Dominican Republic. Long was at 17-under 199, with only five other players within five shots of the lead.

Swafford was at 15 under and will be in the final group. Mackenzie Hughes of Dundas, Ont., twice chipped in for birdie late in his round of 67, leaving him three shots behind. Xinjun Zhang of China had a 68 and was at 13 under, while Nate Lashley (65) and Sean O’Hair (70) were five shots behind.

Long took off with five birdies in a six-hole stretch around the turn, and he really poured it on when Swafford began to stall. Along with birdies on both par 5s, Nos. 12 and 14, Long punched a wedge from a flyer lie in the rough on the 13th, and it came out perfectly to 8 feet pin-high for birdie.

“The best shot of the day,” he said. “It was a tough lie, it was a flyer lie sitting up pretty good, but crosswind. And short’s not great and long’s even worse, so hit a good pitching wedge in there and that really felt nice to convert that birdie.”

He saved par from right of the 16th green and had another key save on the 18th when he had mud on his ball that sent it it to the right, just on the edge of a bunker. He chipped that down to about 4 feet to protect a bogey-free round.

Hughes played with Long and felt like he was further behind than he was.

“I didn’t have much going today and I was watching Adam play awesome, so it was like getting run over by a semi,” Hughes said. “But hung in here. My caddie did a good job of reminding me of just hanging tough and waiting for a little run there.”

It happened when Hughes least expected it. From left of the green, his chip was running hot when it banged into the pin and dropped for birdie. After another birdie on the 16th, he came up just short of the green on the par-3 17th hole that runs along the Caribbean, and pitched that with perfect pace into the cup.

It was one of only four birdies on the 17th in the third round.

O’Hair, coming off a torn oblique in February 2019 and required surgery and kept him out of golf for a year, was hanging around with a clever knock-down wedge from 95 yards that stopped inches away for birdie on the 12th. But he drove into a stand of palm trees that led to bogey on the 13th, and he dropped another shot on the 626-yard 14th.

Anirban Lahiri of India also had a 64 and was in a large group at 11-under 205 that included Justin Suh, the former Southern Cal star who needs a top 10 to get into the next PGA Tour event.