Hughes looks ahead to his rookie season on the Web.com Tour 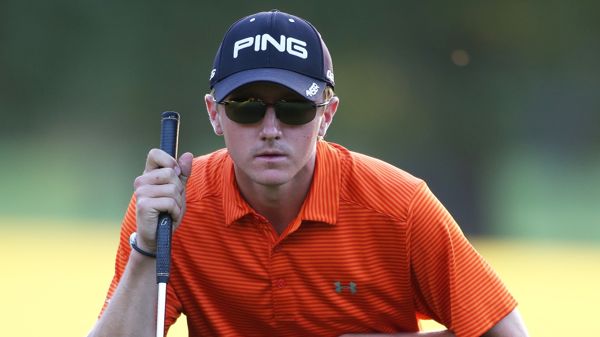 On Thursday, 2013 PGA TOUR Canada Player of the Year Mackenzie Hughes of Dundas, Ont. joined a conference call with reporters to discuss the upcoming Web.com Tour season and reflect back upon his successful 2013 season on PGA TOUR Canada.

The former Team Canada member posted four top-10 finishes and won the Cape Breton Celtic Classic presented by PC Financial in his first season as a professional. He led the PGA TOUR Canada Order of Merit, and will debut on the Web.com Tour next week at the Pacific Rubliales Colombia Championship presented by Claro.

Below are select quotes from the call with Mackenzie Hughes:

On his preparation for the upcoming Web.com Tour season: “I’ve been taking some time off to get fully prepared for the year. Since the PGA TOUR Canada season ended, I’ve played a few (NEC Series) PGA TOUR Latinoamérica events last fall to stay competitive, but I wanted to make sure I was rested and had a chance to take care of a few things off the course. I’m feeling relaxed and I’ve had a chance to work on my game and get ready for the upcoming year, and I’m really excited heading into next week.”

On reflecting on his PGA TOUR Canada season in 2013: “Even when you say it now, looking back and thinking about four top-10s and a win in my first season, it doesn’t seem real. To have the season that I did in my first year as a professional was a dream come true. I definitely set high goals for myself, but to have the season that I did was huge, especially after getting off to a slow start and missing the first few cuts. Starting off slow was definitely a mental test, but it helped me learn to grind it out and to get the most out of my game.”

On the experience of playing PGA TOUR Canada: “It definitely helped me a lot as a player. In the few PGA TOUR events that I have played, I thought it was really similar in terms of the setup, the fans and having galleries on the weekend, the leaderboards and things like that. It’s almost like a mini PGA TOUR. It was great for me to get out to places I’ve never been to before. I had never been to Victoria, I had never been to a few of the other places we played. That helped me a lot as a professional. And as far as the competition goes, any time you have access to the Web.com Tour, you’re going to get guys to come up and play. With the American guys coming up and some of the international players, the competition is really, really strong.”

On playing in his first major at the 2013 U.S. Open: “From the moment I qualified, it felt like the doors were opening. It seemed like something good was about to happen. Everything about the whole week I would do over and over again. I got to play some practice rounds with Lee Westwood and Brandt Snedeker, and later with Mike Weir, Adam Hadwin and David Hearn, and just picking up a few things from those guys helped a lot.”

On the announcement of the Nova Scotia Open on the Web.com Tour: “I think it’s great for us as players to see the game growing in Canada. I think it all goes back to Mike (Weir) winning the Masters in 2003, and now to see Graham (DeLaet), David (Hearn) and Brad (Fritsch) playing well on the PGA TOUR and guys like myself, Albin (Choi), Nick Taylor and Matt Hill coming up, I think the future’s very bright for the game here. The more opportunities we have to play here in Canada the better.”