Hughes and Conners inside top 6 after opening round 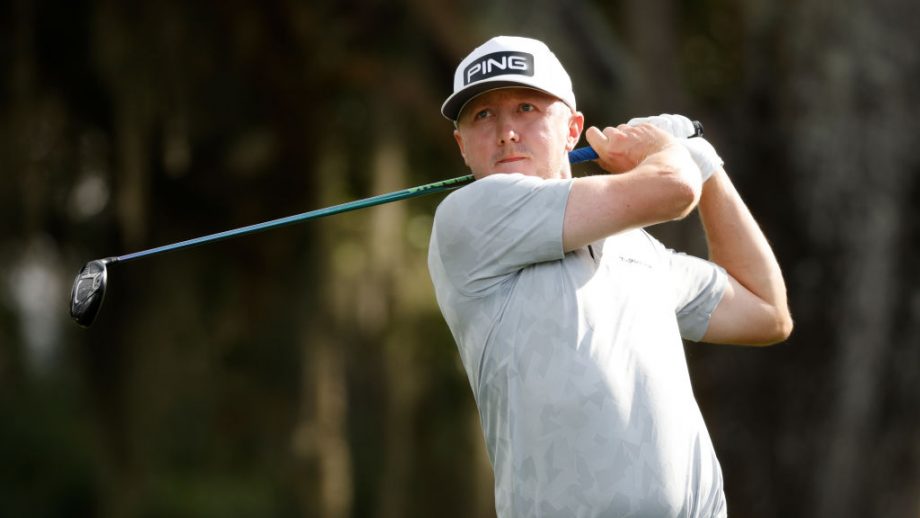 Mackenzie Hughes plays his shot from the 12th tee during the first round of The RSM Classic on the Plantation Course at Sea Island Resort on November 18, 2021 in St Simons Island, Georgia. (Photo by Cliff Hawkins/Getty Images)
Canadian Press with files from Golf Canada

ST. SIMONS ISLAND, Ga. – After round 1 of the RSM Classic past champions Mackenzie Hughes sits one off the pace at T2, with Corey Conners following closely at two shots back at T6.

Sebastian Munoz saw the tough weather conditions on the way to the RSM Classic and figured all he could do was keep his head down and make birdies. He wound up with a 10-under 60 to shatter his career round by six shots.

Scoring was so low Thursday at Sea Island that all that got Munoz was a one-shot lead. The Colombian, who won his first PGA Tour event just over a year ago, birdied his final hole at Seaside.

Scoring was so ideal that 33 players shot 66 or lower on the two courses, located just off the Atlantic Ocean, and all but 21 players in the field of 156 broke par. The cumulative score in relation to par at the Seaside Course was 288 under, 42 shots lower than the previous record set in 2018.

The scoring average of 66.308 at the Seaside was a tournament record, and the second-lowest for any round on the PGA Tour since 1983, when the Tour began tracking hole-by-hole data. The record is 66.28 at Indian Wells in the 2003 Bob Hope Chrysler Classic.

A warm, sunny day that began with just enough light rain to often the already pure greens is expected to morph into more common November weather on the Georgia coast Friday with a drop of about 10 degrees in the temperature and wind forecast to gust as high as 30 mph.

Munoz, however, was staying in the present for his best round as a professional. He hit 11 fairways and 16 greens, made six birdies on the front nine and punctuated the day with a 12-foot eagle putt at No. 15 and a 10-foot birdie putt at No. 18.

The full leaderboard can be found here.