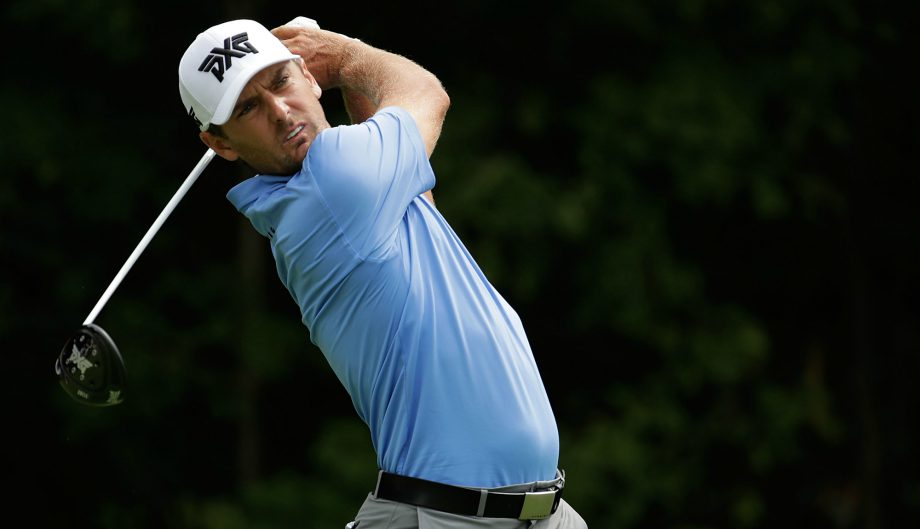 Charles Howell III and Ollie Schniederjans each shot 8-under 63 on Thursday to share the first-round lead in the John Deere Classic.

Playing alongside local favourite Zach Johnson, Howell birdied seven his first nine holes and added a birdie on No. 7 in his morning round at rain-softened TPC Deere Run. The two-time PGA Tour winner lost a playoff to Kyle Stanley two weeks ago in the Quicken Loans National.

“This morning without traffic, they were rolling like carpet,” Howell said. “This morning was absolutely the best scoring we’ll see all week, which would also lead me to believe that tomorrow morning you’re going to see some low scores as well. Here, it’s about minimizing bogeys as much as you can and take advantage of the holes that you need to.”

Schniederjans birdied five of his last eight holes in his lowest round of the PGA Tour. The 24-year-old former Georgia Tech star earned a PGA Tour card last year through the Web.com Tour.

“I haven’t had a great start really all year on the first round,” Schniederjans said. “I have had some decent first rounds and good Fridays, but this is the first really goof round I’ve had on Thursday. It’s nice to get off to a good start and hopefully keep it going.”

Johnson was two strokes back at 65 along with Rory Sabbatini, Patrick Rodgers and Chad Campbell. Johnson, from Cedar Rapids, Iowa, won the 2012 tournament.

“With this Monday, Tuesday, Wednesday rain we had, it’s one of those you feel like you got to keep the pedal down,” Johnson said. “The course is still nice. I was surprised we didn’t play it up today. I technically only had 1 1/2 mud balls probably, so that was pretty good considering.”

He holed a 24-foot birdie putt on his second-to-last hole to get within two strokes.

“I’m very comfortable with this golf course, essentially any condition,” Johnson said. “All that being said, you still have to execute. (Thursday) was one of those good days.”

Howell and Schniederjans are coming off injuries.

.@Ollie_GT has all the shots. #QuickHits

“I had nine weeks off prior to the Quicken Loans with a rib injury, and it was my first injury – knock on wood – I’ve had in my career,” said Howell, making his 11th at Deere Run. “I went to Quicken Loans quite honestly not prepared to play well. I had only been hitting balls for four or five days prior to that event. Expectations were extremely low and I played well.”

Schniederjans has been fighting a pulled muscle in his back since Colonial in late May.

“It kind of lingered and I tried to play through it, and then ended up taking like 15 days off without hitting a ball and still is sort of there,” Schniederjans. “Kind of have to have maintenance. … It’s been fine the last three weeks, but my game has been getting better as the days have gone on, too.”

David Hearn of Brantford, Ont., is the top Canadian after shooting an even 71. Ottawa’s Brad Fritsch is 1 over while Nick Taylor of Abbotsford, B.C., shot a 5-over 76.

Bubba Wastson, the two-time Masters making his first Quad Cities start in seven years, opened with a 69. Fifty-year-old Steve Stricker, the winner from 2009-11 at Deere Run, had a 73.

Defending champion Ryan Moore had a 74 in his return from a strained tendon in his left shoulder that sidelined him for five weeks.

The British Open is holding one spot for the leading player among the top five who is not already exempt next week at Royal Birkdale.