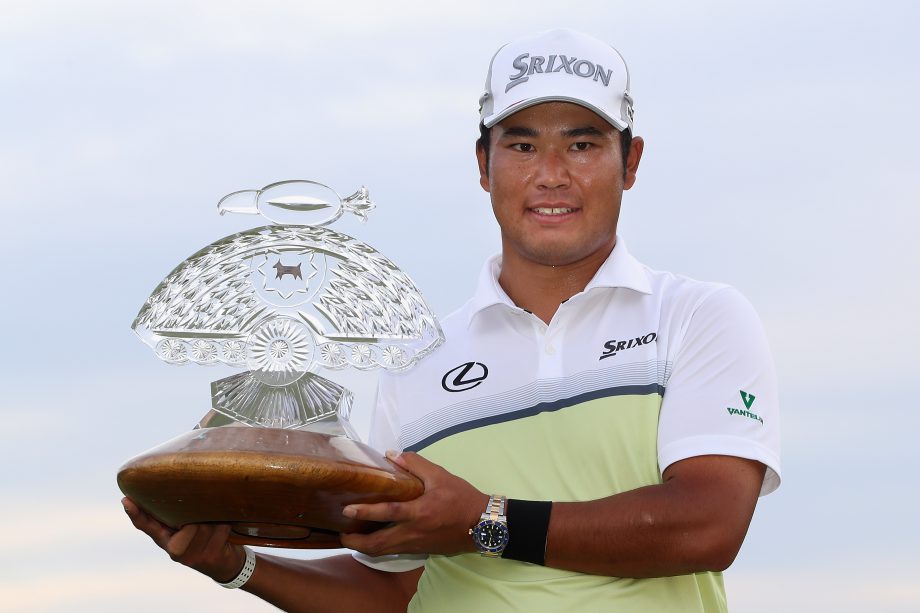 Matsuyama won the Waste Management Phoenix Open on the fourth hole of a playoff for the second straight year, outlasting Webb Simpson on Sunday at TPC Scottsdale.

Matsuyama won with a 10-foot birdie putt on the short par-4 17th, the same hole where the 24-year-old Japanese star finished off Rickie Fowler a year ago.

“I just had faith and believed that my chance would come again, and I just waited and waited, had patience,” Matsuyama said. “Finally, that last one went in.”

Matsuyama closed with a 5-under 66, parring the final three holes to match Simpson at 17-under 267. On the par-4 18th in regulation, Matsuyama’s 20-foot birdie try to win in regulation stopped just short.

“I don’t know how it stayed out,” Matsuyama said. “But you can’t be short on a putt like that.”

Simpson birdied three of the last four for a 64, the best round of the day.

“To shoot 7 under on Sunday, birdieing 17 and 18 is a great feeling, knowing I had to do it,” Simpson said. “But Hideki is a great player, obviously. I knew he’d be a tough competitor in the playoff. I wish I could have a couple of putts back and hit them a little harder.”

Graham DeLaet of Weyburn, Sask., entered the day tied for third but shot a 71 in his final round to finish tied for ninth. Adam Hadwin (66) of Abbotsford, B.C. tied for 12th.

Matsuyama has thrived in the party atmosphere, tying for fourth in 2014 and tying for second in 2015 before winning the last two years.

“There’s nothing like it in golf,” Matsuyama said. “Playing in front of the number of fans and gallery this past week, great motivation. I just try to have fun with it, and at the same time, keep my focus.”

Matsuyama and Simpson took advantage of third-round leader Byeong Hun An’s collapse. Three strokes ahead of Matsuyama and four ahead of Simpson with nine holes left, An bogeyed Nos. 10 and 11 and closed with two more on 17 and 18. The South Korean player had a 73 to finish sixth at 14 under.

Matsuyama broke a tie with Shigeki Maruyama for the most victories by a Japanese player, and became the first to win playoffs in an event two straight years since Ernie Els in the Sony Open in Hawaii in 2003-04.

Matsuyama and Simpson matched pars on the first three extra holes, playing the 18th twice and the par-4 10th before heading to 17. Simpson’s drive on the 332-yard hole ended up on the right edge of the green, with a bunker blocking his path to the back pin position.

“That pin is so hard,” Simpson said. “That is the one place you can’t really be.”

Instead of trying to hit over the bunker, he putted and left himself a 25-footer that burned the right edge.

Louis Oosthuizen finished a stroke back after a 65. The South African birdied Nos. 14, 15 and 17, then hit in the right bunker on 18 and scrambled to save par.

“I will take a lot out of this week, especially on putting,” Oosthuizen said.

“It was a disappointing way to finish it, but it’s very encouraging with the way I have been playing,” Mickelson said. “And the way I got myself into contention there with nine holes to go was fun.”