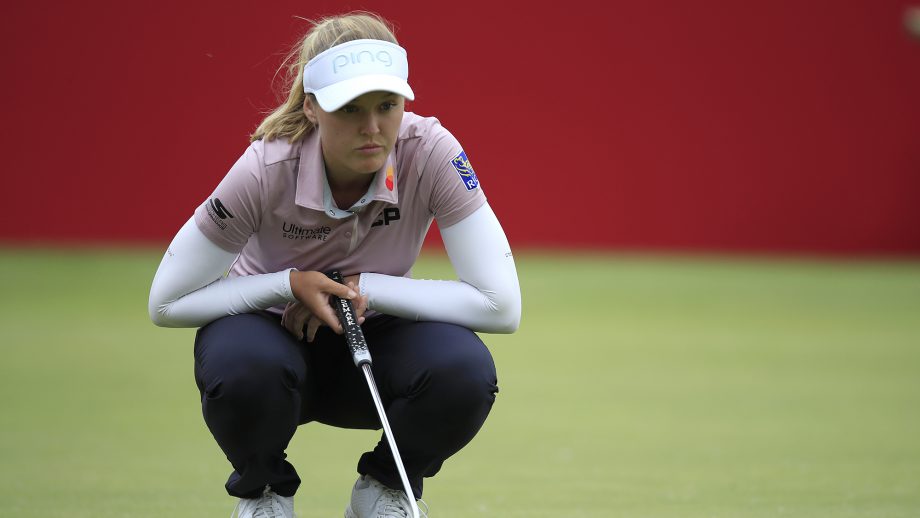 GRAND RAPIDS, Mich. – Canada’s Brooke Henderson had sole possession of the lead after her second round of the Meijer LPGA Classic.

The native of Smiths Falls, Ont., had her second straight score of 8-under 64 on Friday to go up by three shots on American Brittany Altomare prior to the later tee-off times.

Henderson completed her first round with 12 holes on Friday after darkness halted play on Thursday, jumping into a one-stroke lead after 18 holes.

The 21-year-old, who won this event in 2017, had nine birdies and a bogey in the second round.

“I started off really well late last night and I was able to carry it on early this morning,” Henderson said. “Then I had lunch and came right back and played another 18. I just felt really confident today with my ball-striking, which is awesome, and I rolled in a few putts, too.”

.@BrookeHenderson goes 64-64 to set a 36-hole tournament record at the @MeijerLPGA ??

She takes a 3-stroke lead into the weekend ?? pic.twitter.com/DEVwb1Mwli

Just before play was suspended Thursday, Henderson got a hole-in-one on her sixth hole (the par-3 15th after starting on No. 10) to go to 4 under.

Henderson is looking for a Canadian record (on the PGA or LPGA Tours) ninth career title.

“I’m pretty tired right now, not a lot of sleep last night with the late night, early morning, so I look forward to some rest later tonight,” Henderson said. “I think it kind of was a bonus when I had things rolling just to keep it going.”

Alena Sharp of Hamilton was 5 under through 36 holes after an even-par 72 in the second round. Quebec City’s Anne-Catherine Tanguay was 3 under after also shooting a 72.

Calgary’s Jaclyn Lee was 2 under, while Brittany Marchand of Orangeville, Ont., and Selena Costabile of Thornhill, Ont., had later tee-off times after each shot 76 in the first round.