Henderson tied for 5th through two rounds in Thailand 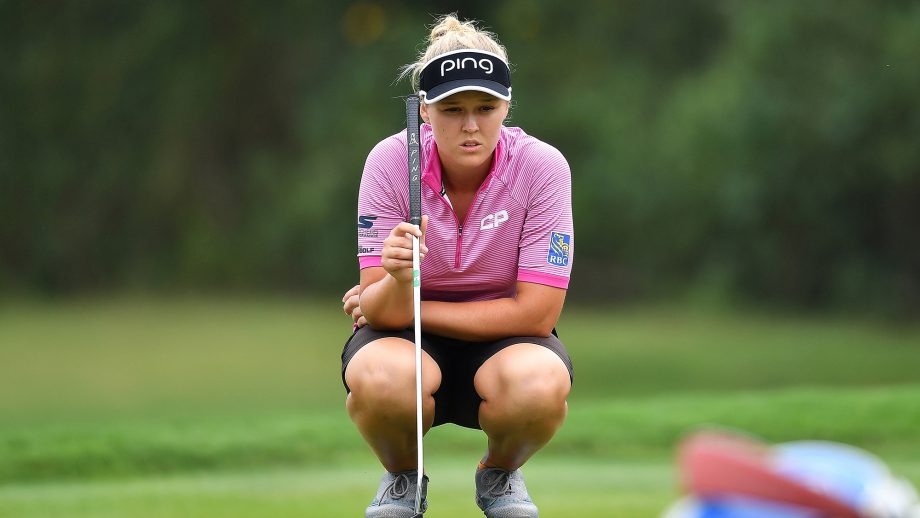 CHONBURI, Thailand – Jessica Korda shot a course-record 62 at the LPGA Thailand on Friday to lead by four strokes after the second round.

Playing her first tournament since having jaw surgery, the American fired eight birdies and finished with an eagle to move to 16 under par at the halfway point, a 36-hole record for the event.

“That was a pretty good round, pretty special,” she said. “Just had a lot of fun doing it.”

Korda is the daughter of former tennis player Petr Korda. She leads from another American, Brittany Lincicome, who carded a 65 to go 12 under at the Siam Country Club Pattaya Old Course.

Minjee Lee of Australia is third and a shot behind Linicome on 11 under after a 67. Lexi Thompson of the United States, the 2016 champion, is fourth and another shot behind Lee.

Brooke Henderson (68) of Smiths Falls, Ont., is tied for fifth at 9 under after posting six birdies against two bogeys in Friday’s second round. Hamilton’s Alena Sharp (73) was well back at 4 over.

.@BrookeHenderson sits tied for 5th after the 2nd round of @hondalpgath!

Watch highlights from her day: pic.twitter.com/nAZQiWyt7W

Korda is making her season debut in Thailand after the surgery and is playing with 27 screws holding her jaw in place.

She seized the outright lead with a birdie on No. 15, the third of four straight birdies she made on the back nine. Her eagle on the last meant she finished with a 29 on the back nine, putting her in prime position for a first tour win since 2015.

“The best part is I have had no headache for 11 weeks. So that’s the biggest win for me,” she said. “Honestly I was just trying to get on the green, get myself a chance. I birdied four in a row and holed a long one (on 18). I wasn’t expecting it at all. It was pretty cool.”