Henderson sisters pause to give back 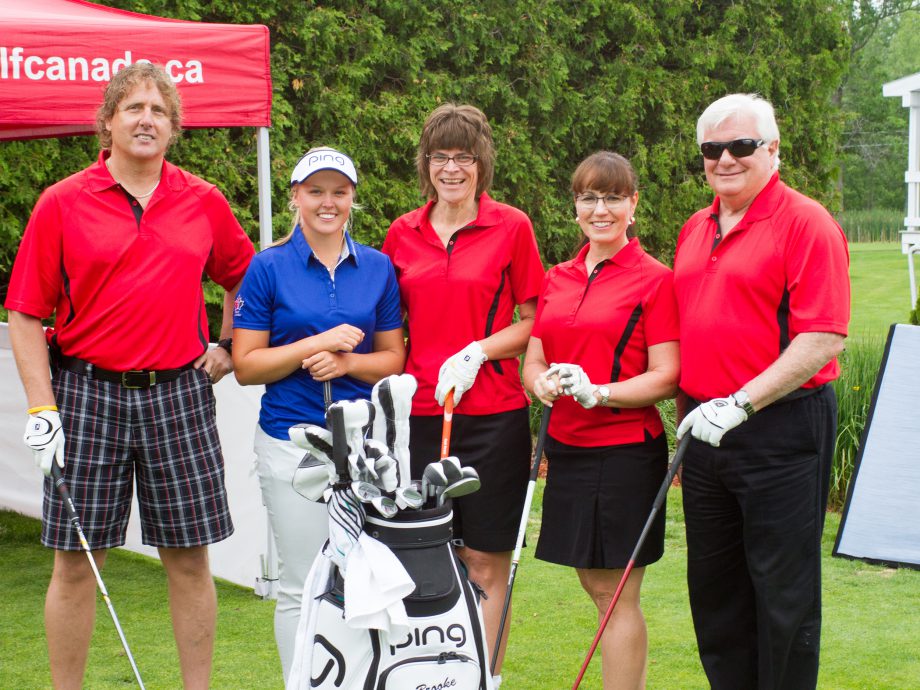 RYE, N.Y. – Brooke Henderson has been working hard at earning money on the LPGA Tour to earn her playing privileges for 2016.

On Monday, the 17-year-old Henderson and older sister Brittany, who is playing on the developmental Symetra Tour this season, will turn to raising money for others.

Team Henderson will host the fund-raising Magenta Mortgage Pro-Am in their hometown of Smiths Falls at the Smiths Falls Golf and Country Club where the sisters developed their emerging talents.

The pro-am will feature pros from the Canadian Women’s Tour who will be competing in their second of three tournaments in Smiths Falls on Tuesday and Wednesday.

The money raised will be used to help Smiths Falls Bears hockey player Neil Doef, who suffered a spinal cord injury while playing at the World Under 17 Championship, and his family, the Lanark County Support Services (where the Hendersons’ mother Darlene worked) and the Team Henderson 110% Club.

“We always think it’s important to give back and to do what we can to help others. It’s very important and a value of our family,” said Brooke after completing her third round at the KPMG Women’s PGA Championship on Saturday.

“It’ll be a fun day and there will be a lot of exciting things will happen. It’ll be nice to give back to Neil Doef his family and also to my mom’s work, Lanark County Support Services and help with a new program that they are trying to build and also to help my sister and me out on the road, as well.

“It’ll be a great day and hopefully we’ll raise a lot of money.”

Doef was paralyzed below the waist after being hit at the U17 Championships. Through extensive physiotherapy he has regained some feeling his legs.

There has been an outpouring of support across Canada for the popular player.

“He’s a really close friend of mine. He’s an awesome guy and his family is incredible, super nice people,” said Brooke. “As much as the town has done for him and the local area and all of Canada, is really amazing. We’re hoping to just be a little part of that.”

The Canadian Women’s Tour is in its 14th season and will offer five exemptions into the Canadian Pacific Women’s Open Aug. 17-23 at the Vancouver Golf Club.

The winner of each of the three events will be given an exemption and two other exemptions will be awarded to the top two finishers on the Tour’s Order of Merit not otherwise exempt.

Michelle Piyapattra of Corona, Calif., won the first leg at the Glencoe Golf and Country Club near Calgary in May with a 4-under par total of 140, three shots better than Seul-Ki Park.

Piyapattra also won the first even on the 2014 Canadian Women’s Tour.

The Women’s Tour has also been important in providing a stage for players like Brooke Henderson to hone her skills.

She won last year’s Ontario event and the 2014 PGA Women’s Championship of Canada.

The final 2015 event will be the PGA Women’s Championship of Canada, conducted in partnership with the PGA of Canada, at the Burlington Golf and Country Club in Burlington, Ont., July 20-22.

The top five finishers on the Order of Merit also earn direct entry into the second stage of LPGA Qualifying.