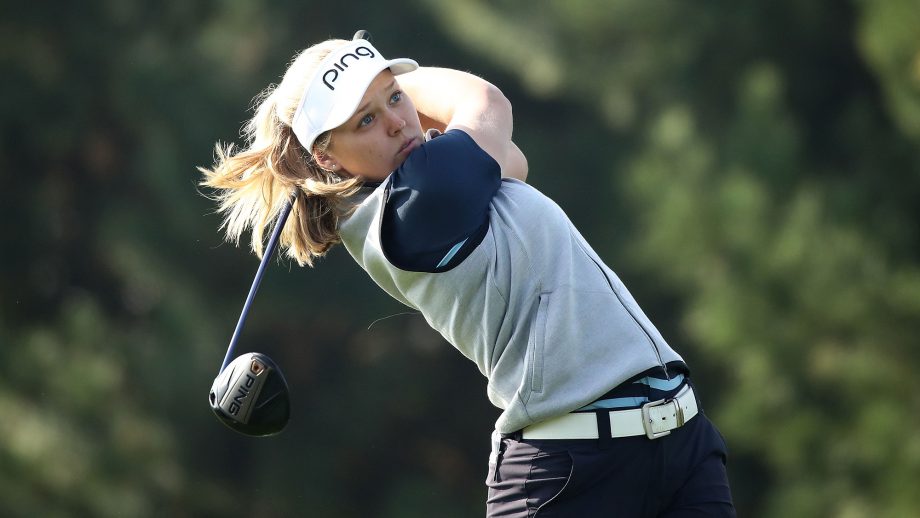 SHANGHAI – Carlota Ciganda of Spain shot a 5-under 67 Saturday to share the lead with Sei Young Kim after the third round of the LPGA Shanghai.

Ciganda carded her fifth birdie of the day on the par-4 18th to finish tied with overnight leader Kim at 11-under 205. Kim shot a 71 with four bogeys and five birdies.

Ciganda is attempting to win her third LPGA title and first since the 2016 season, when she won two tournaments in a one-month span. Kim is chasing her eighth career LPGA win and second title of the 2018 season.

“I want to win because I didn’t win last year,” Ciganda said. “I love playing in Asia. It’s good for long hitters, playing quite long, so I’m quite comfortable.”

Angel Yin also birdied the final hole for a 68 and was a further stroke back with Brittany Altomare (69), Danielle Kang (71) and Ariya Jutanugarn (71).

Yin and Altomare have yet to break through for their first LPGA win. A win in Shanghai would make either player the ninth first-time winner of the 2018 season, which would tie 2016 for the third highest number of first-time winners in a season in LPGA history.

“I love competing,” Yin said. “That’s why I’m playing, right? I’m excited to be in contention again going into Sunday.”

Canadian Brooke Henderson continued to improve on Saturday, carding a 69 (-3) to climb into a tie for 38th. The reigning CP Women’s Open champion sits at even par for the tournament (75-72-69).

Local favourite Yu Liu was seventh after offsetting a lone bogey with four birdies for a 69.

The tournament is the second of five being played in South Korea, Japan, China and Taiwan in the LPGA’s annual Asian swing.