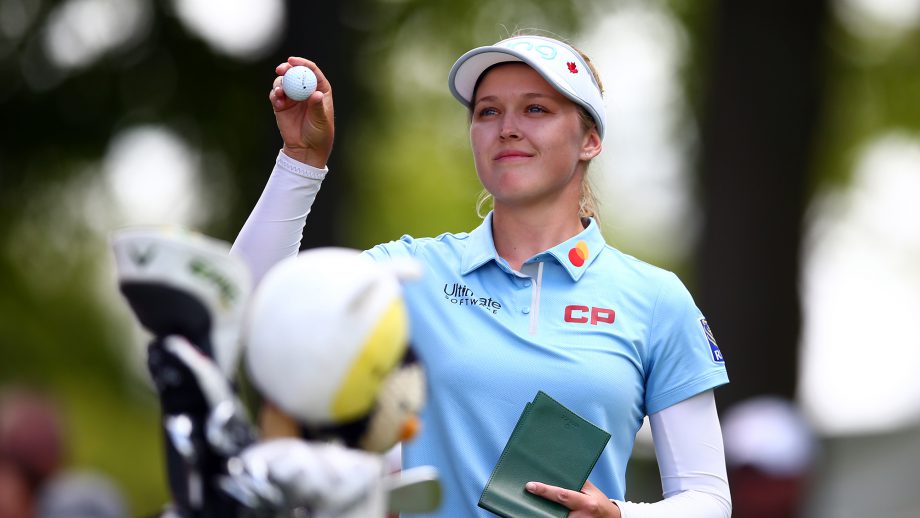 Brooke Henderson ended 2019 on a high note with a fifth-place finish at the CME Group Tour Championship and took a much-deserved break in the offseason, enjoying the warm weather at her residence in Florida and visiting her friends and family in her native Canada. It was a perfect time for the 22-year-old to reflect on a triumphant year that included becoming the Canadian with the most professional wins on the LPGA and PGA Tour when she won the Meijer LPGA Classic for her ninth career victory.

“I feel like 2019 was a really successful season for me and my sister (and caddie Brittany Henderson) as well,” said Henderson. “We were really happy with how everything went. I felt like I improved in a lot of places, which was good. I think a key thing for me is scoring average and keeping it below 70, which I did last year.”

Henderson returns to action at the biggest party on Tour at the Diamond Resorts Tournament of Champions, alongside a host of Hall of Fame athletes and celebrities. Despite the fun nature of the week, she said it still feels just as competitive on the course as it does at any other event.

“I feel like playing with some of the best athletes in the world here, you’re just always pushing each other to be a little bit better and trying to hit a little bit further and make a few more birdies,” said Henderson, who finished T6 in the inaugural tournament in 2019. “It’s really a unique experience as it’s maybe not as intense right off the get go, as it is on the regular LPGA Tour week, but definitely it has that same intensity once you get going, and it has maybe a little bit of fun added to it.”

With the start of season play just a few days away, Henderson said she is already prepped to execute her 2020 goals, which includes continuing her streak of four straight years with at least two wins.