Henderson looking forward to switching up her approach at British Open 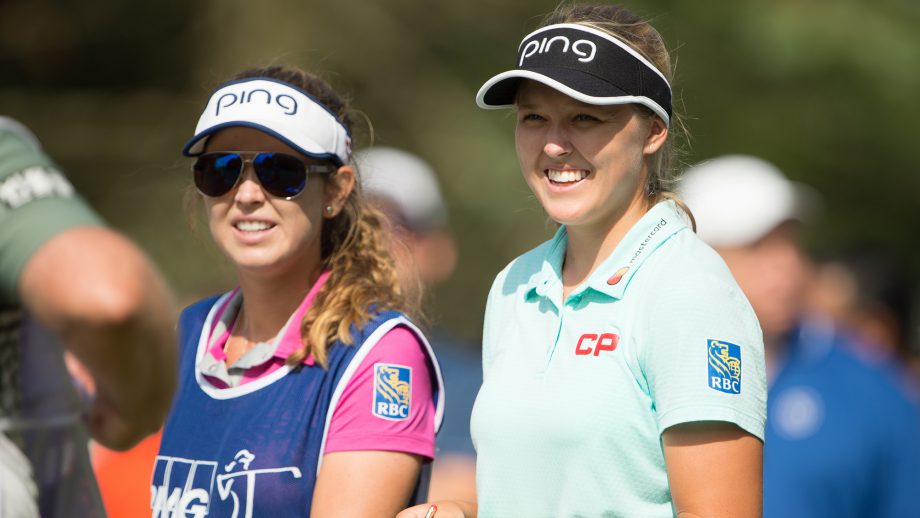 After a tough summer, Brooke Henderson is hoping a change of scenery will do her some good.

The native of Smiths Falls, Ont., took last week off of the LPGA Tour to prepare for this week’s Women’s British Open. The break came following a rough stretch that began with Henderson’s withdrawal from the U.S. Women’s Open in June to be with her ailing grandfather, who passed away.

Four weeks later, Henderson fell out of the lead at the KPMG Women’s PGA Championship after shooting a final round of 2-over 74. She told The Canadian Press in mid-July her other grandfather is now sick as well.

But she said she feels good about her game this week after finishing third at her last event, the Marathon Classic. And she said golf is a nice way for her to stay focused and ignore outside distractions.

“Once I’m between the ropes, I can flip that switch and work towards my goals for that week,” said Henderson, who has won six times on the LPGA Tour.

Although Henderson is no stranger to having to play the type of bad weather that often accompanies the British Open, it hasn’t yet translated into a good finish at the third major of the year. Her best result at the event is a tie for 49th.

But the 19-year-old won in New Zealand last year, and it came during rough weather conditions on a links-style course. She said she’s hopeful she can parlay that into success this week at Royal Lytham & St. Annes GolfClub in Lancashire, England.

“The style of golf is different, but I’ve learned that it really is about patience and just trusting your swing over there,” said Henderson.

“As is the case with any major, you just need to stay focused and be able to bounce back through tough breaks, weather delays, and harsh conditions.”

Henderson, who’s ranked 16th in the world, said she’ll keep all the same clubs in her bag like a usual, but said the Women’s British Open forces her to use them in different ways. She may end up using a fairway wood around a green for a short shot, or will try to fly her irons lower than usual, she explained.

Henderson is one of the statistical leaders on the LPGA Tour in driving, but her putting has been her weakness this year. She said she can’t pinpoint one specific thing she’s been working on mechanically, but she’s tested a few different putter options and has stuck with one for the last two months.

She said she’s enjoyed coming up with a different kind of strategy for this week versus a normal LPGA Tour tournament.

Annika Sorenstam, who won the Women’s British Open at Royal Lytham in 2003, said it takes time to learn to play links golf. She said Henderson would need a little luck with the weather, as sometimes you can get “all four seasons in one day.” But she said Henderson’s creative game plan is a solid one.

Sorenstam said she is a “big fan” of the young Canadian.

“She has a great mind and is a true competitor. She certainly knows how to win tournaments and even majors,” she said. “It seems to me when she is driving the ball well, she gets good momentum and rest of the game falls into place.”

Henderson is just two wins away from tying the all-time record for wins by a Canadian professional _ male or female _ and is hopeful one of those wins comes in three weeks at the CP Women’s Open in Regina.

Although her main focus is on this week in Europe, she admitted she’s got the Canadian event “circled on her calendar.”

“(The course) looks like it will be set up really well for our national championship and I’m excited to see how the fans out there embrace the LPGA,” she said. “I can’t wait to get there and try to put on a show for the fans.”