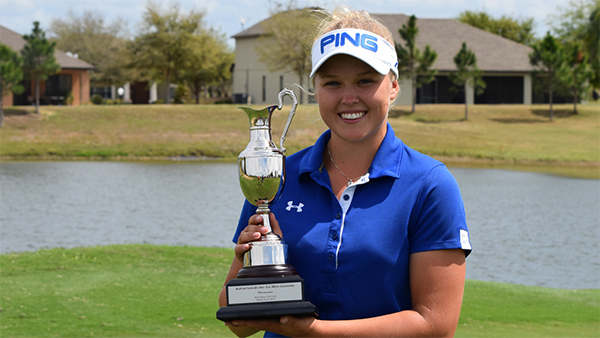 The Young Pro Squad’s newest member went bogey-free in her final round, carding eight birdies in the process to take the lead from sister Brittany before running away with a nine-stroke victory. This marks Henderson’s second SunCoast Series win as a professional—she battled sister Brittany back in January as well, eventually winning with a birdie on the final hole.