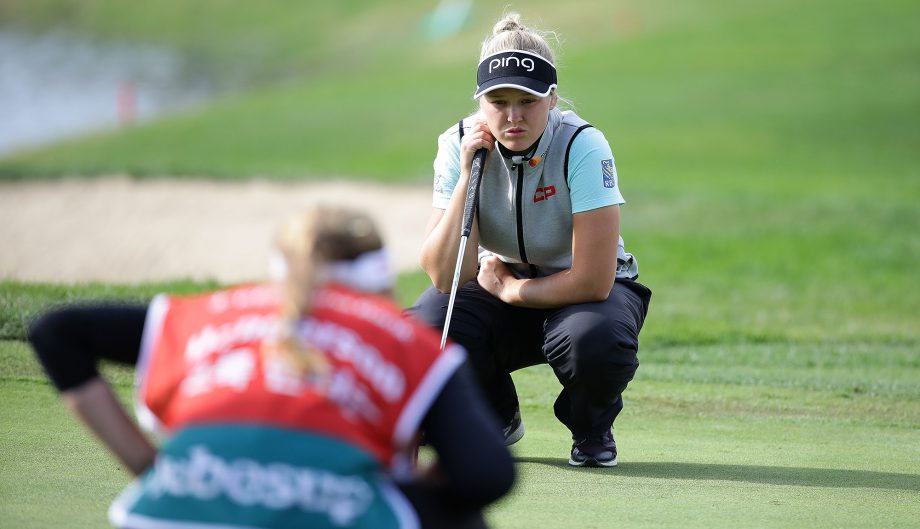 The last time World No. 13 Brooke Henderson was in Japan, she was hoisting the individual title trophy at the 2014 Women’s World Amateur Games in Karuizawa. Henderson is making her first start at the TOTO Japan Classic, and a win this week would bring her record to 2-0 when playing in Japan.

“Playing in the World Am a few years ago, was a highlight of my amateur career, and experiencing playing in Japan for the first time was really cool,” Henderson said. “Going into Tokyo and doing a few extra things made it extremely memorable and I’ve been really looking forward to this visit back.”

So excited to be back in Japan! Last trip here was for World Amateur Team Championships 2014! Silver Medal for?? and Low Individual Honours pic.twitter.com/1kqlVf1Dma

Henderson is in top form heading into the TOTO Japan Classic finishing in the top 10 in three of her last four starts, including her second victory of the 2017 season at the MCKAYSON New Zealand Women’s Open.

“I’d like to get another top 10, of course a win would be amazing, but top 10 is my goal,” Henderson said. “Keep the streak alive a little bit, but just to continue to play well and improve my world ranking and position in the Race to the CME Globe. Hopefully this week will be a boost in that direction.”

Entering this week, Henderson is fourth in the Race to the CME Globe standings, 241 points behind third place So Yeon Ryu. If Henderson holds her position in the top five, she will control her own destiny at the CME Group Tour Championship, meaning if she wins in Naples she will win the $1M CME Globe.

Augusta James (left) looks on as Brooke Henderson, (middle), and Brittany Marchand of Canada, high-five at the 18th hole on (Oshitate Course) during the first round at the 2014 Espirito Santo Trophy at Karuizawa 72 Golf East in Karuizawa, Japan on Wednesday, Sept. 3, 2014. (Copyright USGA/Steven Gibbons)