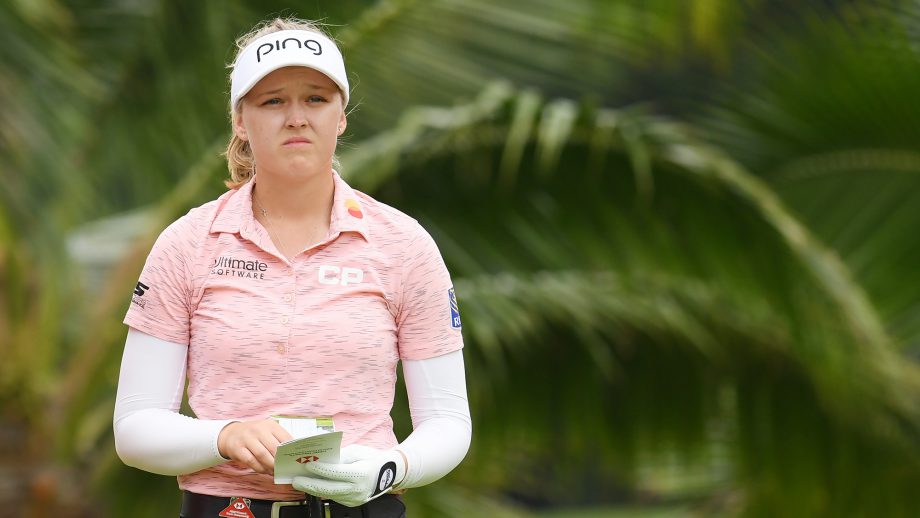 SINGAPORE – Sung Hyun Park made sure there were no anxious moments as she closed in on her sixth LPGA Tour victory on Sunday at the HSBC Women’s World Championship.

Four strokes behind No. 1 Ariya Jutanugarn at the start of the final round, the world No. 2 birdied five of her first seven holes and added four more birdies on the back nine for an 8-under 64 and a two-stroke victory.

Over the first three rounds, Park was 3-over on the back nine. Park had a four-round total of 15-under 273 at Sentosa Golf Club’s Tanjong course.

Park has traditionally had a slow start to the new season.

“So last year, my shots and like overall thing was pretty unstable in the beginning of the season, and I think my training in the last winter really helped me a lot, and it also helped me to be stronger with my play,” she said.

Congrats to our 2017 champ ?, Sung Hyun Park, who came from 4-shots behind to win the 2019 HSBC Women's World Championship pic.twitter.com/hb0C90EtoH

“I didn’t think I would win this fast … I think I will play really comfortable the rest of my season.”

Canada’s Brooke Henderson finished in a tie for 15th place.

No. 3-ranked Minjee Lee, who led for part of the front nine Sunday, was second after a 69. Lee also finished second last week at the LPGA’s Thailand tournament, one stroke behind winner Amy Yang.

Amy Olson, who led after Friday’s second round, shot 70 and the American finished in a tie for fifth, five strokes behind.

Jutanuguran shot 75 and finished in a tie for eighth, seven strokes behind Park.

“Sung Hyun, she’s such a great golfer; I’m not surprised she shot 8-under because she’s the best to me, so just congrats to her,” said Jutanuguran. “She’s great.”