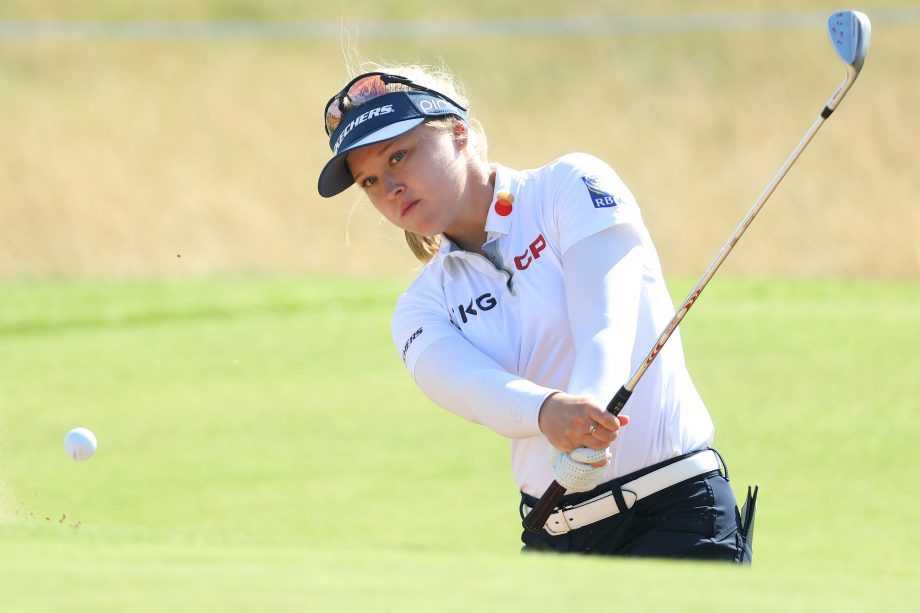 CARNOUSTIE, SCOTLAND - AUGUST 18: Brooke Henderson of Canada plays from a green-side bunker on the 8th hole during the Pro-Am prior to the AIG Women's Open at Carnoustie Golf Links on August 18, 2021 in Carnoustie, Scotland. (Photo by Andrew Redington/Getty Images)
LPGA Tour Communications

Brooke Henderson´s 10 LPGA Tour victories make her the winningest professional golfer in Canadian history. And with the first three wins coming in the Pacific Northwest, it’s no surprise that her three words to describe Portland are “amazing times three.”

Henderson’s professional career lifted off when she won the 2015 Cambia Portland Classic in an eight-stroke runaway romp, setting a 72-hole scoring record of -21 that still stands, and only matched once in the tournament’s history by 2019 champion Hannah Green. The following year, Henderson captured her first major title by winning the KPMG Women’s PGA Championship just 200 miles north of Portland at Seattle’s Sahalee Country Club. A second Portland victory just a month later cemented the Pacific Northwest as one of Henderson’s favorite locales.

Henderson comes to the 2021 tournament fresh off three weeks at home in Canada, one of the longest stretches she’s ever stayed away from competition in her professional career. Some hard work with her dad and coach Dave, combined with much-needed rest after what she called an “up-and-down year,” gives Henderson a good feeling as she takes to Oregon Golf Club.

“I feel like this golf course is definitely a shot makers’ golf course and a lot of strategy is involved,” she said. “Got to play smart. Feel like every hole you have to have an individual strategy for. Each hole is really different from the next.”