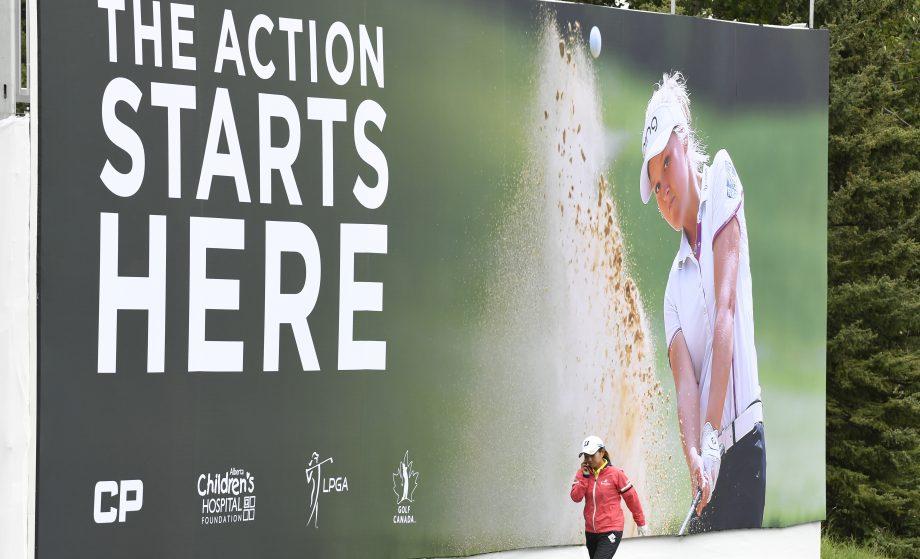 PRIDDIS, Alta. – Canadian golf sensation Brooke Henderson spent well over an hour hammering balls on the driving range at Priddis Greens on Monday as veterans and rookies alike marvelled at her amazing year heading into this week’s CP Women’s Open.

Henderson, just back from the Summer Olympics in Rio, signed a couple of autographs before retiring to the driving range – working out the kinks as rain started to fall and a blustery west wind continued to blow at her back.

Her success and work ethic have not gone unnoticed.

Ko, like Henderson, is 18 and said Henderson’s play isn’t a surprise to anyone who knows her.

Stephanie Meadow, an Irish professional golfer who made her debut at the 2014 U.S. Women’s Open, sees a lot of similarities between Henderson and three-time Canadian Open winner Lydia Ko.

“First off they’re both great people,” said Meadow, who represented Britain at the Rio Olympics. “I’ve played a lot with Brooke and a few times with Lydia and I can’t say enough good things about them.

Tournament director Brent McLaughlin said because the CP Women’s Open is a national championship, it’s a major in the eyes of many competitors.

He also couldn’t say enough about the kind of year Henderson is having.

“It truly is a joy to watch someone like that grow up in front of your eyes and be so beyond her years,” he said. “She’s exactly what Canada needed.

“They needed a great hero on the women’s golf side. She is that.”

McLaughlin said Henderson has been embraced by the LPGA Tour much like Canadian Eugenie Bouchard was in the world of tennis.

“All sports need heroes and if you don’t have a young hero in your sport _ it’s tough,” he said. “You need heroes that you root for and Brooke, whether she likes it or not, is that in Canada.

“She means everything to the game.”

The $2.25-million Canadian Open, which begins Tuesday and runs through Sunday, returns to Priddis Greens Golf and Country Club, southwest of Calgary, after a stop there in 2009. The lucrative purse _ which includes $337,500 for the winner _ is expected to lure the game’s stars out of any post-Rio fatigue.

Tour veteran Lorie Kane of Charlottetown will join Henderson in the Canadian contingent after her induction into the Canadian Golf Hall of Fame on Tuesday.