Henderson 1 stroke back heading into weekend 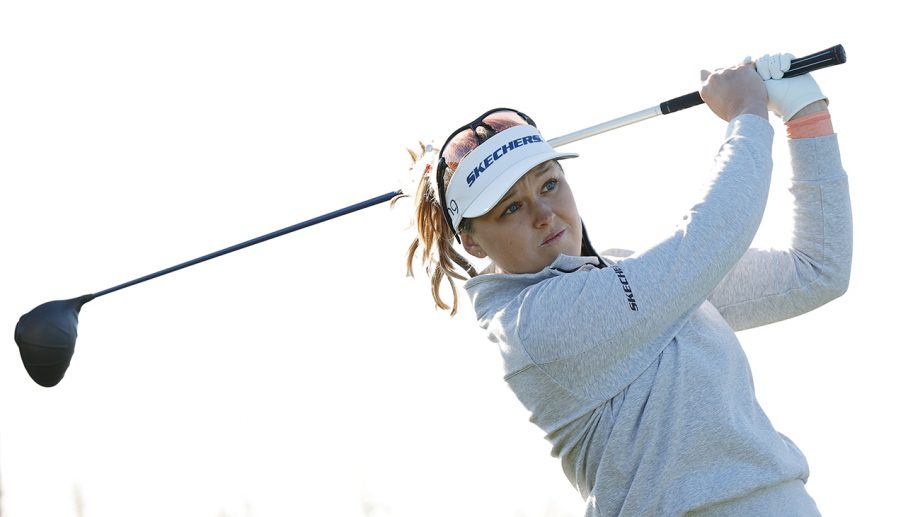 GALLOWAY, NEW JERSEY - OCTOBER 01: Brooke M. Henderson of Canada hits her tee shot on the 3rd hole during the first round of the ShopRite LPGA Classic presented by Acer on the Bay Course at Seaview Golf Club on October 01, 2021 in Galloway, New Jersey. (Photo by Sarah Stier/Getty Images)
Canadian Press

GALLOWAY, N.J. (AP) – So Yeon Ryu finally quit thinking about her swing and thought only about scoring just in time to birdie the last three holes for a 6-under 65 and a share of the lead with Jodi Ewart Shadoff in the ShopRite LPGA on Friday.

Scoring was so low on the Bay Course of Seaview that 20 players shot 67 or better.

Ewart Shadoff, who has missed the cut in her last eight LPGA Tour events, birdied the par-5 18th to join Ryu in the lead.

Brooke Henderson of Smiths Falls, Ont., Jin Young Ko, the world’s No. 2 player, Inbee Park and Solheim Cup star Matilda Castren of Finland were among those one shot behind at 66.

U.S. Women’s Open champion Yuka Saso birdied four of her last seven holes to join the chase. She was among those at 67.

Hamilton’s Alena Sharp opened with a 1-under 71.

The Bay Course at Seaview hasn’t been a comfortable course for Henderson, even though the 10-time LPGA winner made the cut in six previous appearances and tied for sixth in 2020.

The Canadian looked comfortable on Friday, however, with a 5-under 66.

“It goes against a lot of my natural instincts to hit 1/8fairway 3/8 woods off tees and to lay up in certain spots,” Henderson explained.

Henderson recorded six birdies in the first round, but it was a par save on No. 12 that the 24-year-old felt was the turning point in her round.

“I was 2-under and things were kind of at a tipping point, could go either way,” said Henderson. “I got a really bad lie, had to wait for a rules’ official and things were just getting a little bit more out of control than I would have liked.

“I was able to get up and down, which was great and made a birdie on the next hole.”

Getting off to a quick start is important at the ShopRite LPGA because it’s a 54-hole event.

Ryu, a two-time major champion and former No. 1 player in women’s golf, didn’t get off to the fastest start. She began on No. 10 and was only 1 under through 12 holes when she made eagle on the par-5 third hole.

The South Korean player said she has been working on her downswing to keep it from coming too far inside. It seemed that’s all she could think about at times.

“I just only realize it just five holes to go,” she said. “So I just told myself, `So Yeon, let’s just focus on how I’m playing instead of swing.’ I think that one really help me out.”

Playing for Britain in the Olympics against a 60-player field, Ewart Shadoff tied for 40th.

“This year hasn’t been the greatest for me, and I’ve been working on a lot breathing just to settle me down,” she said. “Just staying in my routine today was really important.”

She’s put in extra time on the green, and saw that pay off. Ewart Shadoff decided to switch from cross-handed to what she described as a “Tommy Fleetwood claw pencil grip.” It seemed to work, at least for the opening round.

Lexi Thompson, who hasn’t won since the ShopRite LPGA two years ago, opened with a 68.