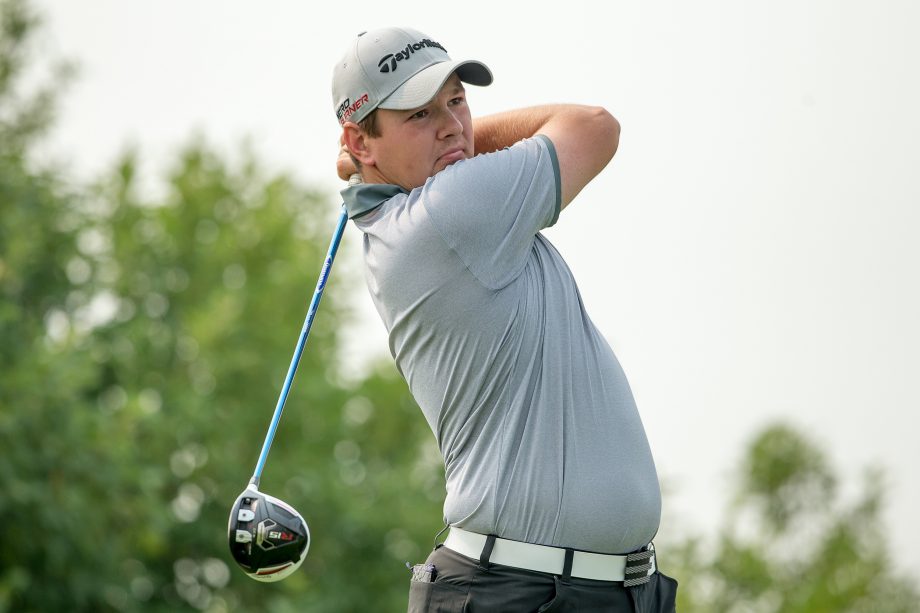 Kitchener, Ontario’s Chris Hemmerich and St. Petersburg, Florida’s MJ Maguire shot a pair of 6-under 66s at PGA Golf Club’s Wanamaker Course before play was suspended for the day due to dangerous weather in the area.

75 players were left to complete their first rounds when play was suspended at 2:20 p.m., with scattered thunderstorms making their way through the Port St. Lucie area. Play will resume on Friday morning at 8:30 a.m. ET.

Hemmerich, a 2015 Mackenzie Tour member looking to regain status after finishing 80th on last year’s Order of Merit, carded six birdies and no bogeys to sit in a tie at the top with Maguire, who is looking for Mackenzie Tour status for the first time.

“Last year I learned a quick lesson finishing 80th on the money list that you have to hit more fairways,” said Hemmerich, who has spent his winter in nearby West Palm Beach. “I dialed it back off the tee and I’m hitting it a lot straighter.”

Maguire shot a 6-under 30 on the front nine (his second nine) to match Hemmerich, crediting his spectacular score to a more aggressive mindset on his approach shots.

“I thought starting out I could just hit fairways and greens and be fine, and I left myself some difficult putts,” said Maguire. “I just started to play more aggressive from there and was able to make a few nice putts.”