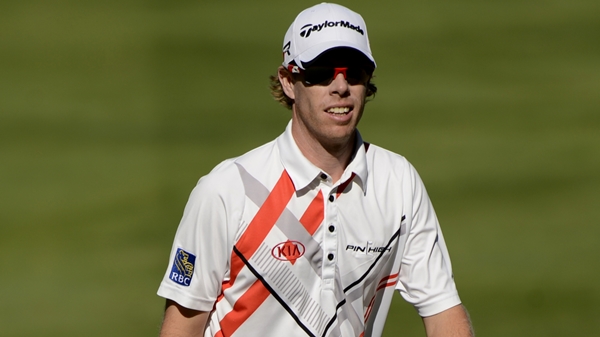 Kia Canada and David Hearn have agreed to extend their relationship through 2016.

As a proud ambassador, Hearn has represented the company on the PGA Tour for the past two years, competing with the Kia logo on the chest of his golf shirt, while also representing the company off the course –using a Kia vehicle to support his lifestyle.

The new partnership will see Hearn working with Kia to build unique content for its social platforms and dealer activations.

“I am thrilled to continue my partnership with Kia, representing the company in Canada and in the golf space,” said Hearn.

The new partnership will also leverage Hearn’s success and increased profile from the 2013 season. After turning pro in 2011, Hearn has had three solid seasons on the PGA Tour and has become known for his sharp short game and consistent play.

Starting off the 2014 season, Hearn has already recorded three top-10 finishes, representing Canada at the World Cup of Golf with an individual tie for 8th and overall 5th place finish for Canada. Hearn also tied for 6th at the Honda Classic.

In 2013, Hearn made seven top-25 finishes including two top-10’s – a second place finish in a playoff at the John Deere Classic and a tie for 8th at the Puerto Rico Open.

Kia is already involved in golf globally, with a strong presence on the LPGA Tour. Kia has gained significant presence in golf as the title sponsor of the LPGA KIA Classic since 2010. In addition to sponsoring the event, Kia is also official automotive partner of the LPGA, the official tournament vehicle for five LPGA Tour events and has an integral relationship with the LPGA through the Kia Performance Awards, which recognizes outstanding achievements by some of the best golfers in the world.

Rick Baird, an IT manager out of Richmond, Va., shot a perfect score in putt-putt. That’s right, he one-putted all 18 holes in succession.

Unlike miniature golf, putt-putt is played on official courses void of windmills, gators, pirate ships or any other obstacles.

Baird became one of only three people to record a perfect 18 in putt-putt, a game that has been a sanctioned competition for more than 50 years.

Although the video is a few years old, we’re sure you’ll enjoy it.