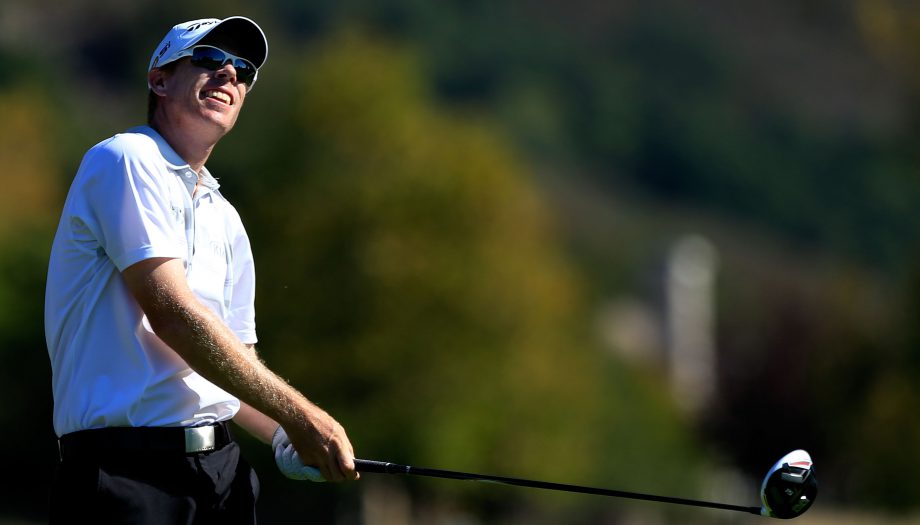 LAS VEGAS – Canada’s David Hearn birdied his final three holes in perfect morning conditions for a 7-under 64 and a share of the lead Thursday in the Shriners Hospitals for Children Open.

Hearn, of Brantford, Ont., had eight birdies and a bogey.

“The course was playing pretty much perfect as it’s going to get,” Hearn said. “The greens were great this morning. I think that there’s a reason there’s a lot of good scores on that board. It’s because the course is in such good shape.”

Lee birdied six of his first seven holes, then bogeyed the next two.

Kizzire is making his first start as a PGA Tour member after winning twice last year on the Web.com Tour and topping the regular-season and finals-combined money lists. He was married Saturday.

Jimmy Walker opened with a 66, and U.S. Presidents Cup teammate Rickie Fowler had a 72. Nick Taylor of Abbotsford, B.C., shot a 66 while fellow Abbotsford native Adam Hadwin had a 70. Graham DeLaet of Weyburn, Sask., shot 72.

Thompson and Hubbard eagled the par-5 16th, with Hubbard holing 30-foot putt and Thompson a 25-footer in their morning rounds. Thompson also had seven birdies and a double bogey.

“It definitely helps when there’s no wind and real calm and sunny,” Thompson said. “The only thing that we really have to consider is the cold in the morning. … It helps when the greens are a little bit receptive and they’re rolling perfect.”

Hubbard had the eagle, six birdies and a bogey. He played a three-hole stretch in 4 under with birdies on Nos. 14 and 15 and the eagle on 16, but bogeyed the 17th and closed with a par.

He got into the field as an alternate when Matt Every withdrew.

“It’s a nice opportunity to have,” Hubbard said.

Walker closed with a bogey on the par-5 ninth.

“It stings a little bit, bogeying nine, but just didn’t hit a very good tee ball,” Walker said. “I played real solid all day, made a lot of great putts. A lot of good par putts. It was a nice, solid day. Just kind of kept the ball out in front of me. I also felt like they had some pretty tough pins today, actually. It wasn’t like you were just throwing darts.”

Fowler had a double bogey after hitting into the water on the par-3 17th.

“It wasn’t playing very tough by any means,” Fowler said. “You just had to hit a 7-iron out right of the hole. You can’t hit it left. I hit it left. … I just made a bad swing. I didn’t hit my irons and wedges very well today.”

Argentina’s Emiliano Grillo, a playoff winner Sunday in the season-opening Frys.com Open in Napa, California, had a 74.

U.S. Walker Cup teammates Denny McCarthy and Hunter Stewart made their pro debuts. Stewart had a 72, and McCarthy was 3 over with one hole left. McCarthy played at Virginia, and Stewart at Vanderbilt.