No handicap factor? You might be missing out on the world’s greatest amateur events 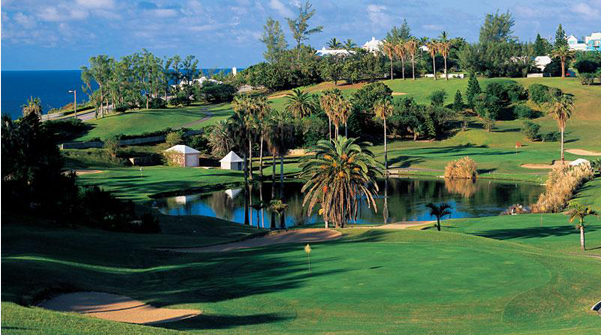 I found myself nervously pacing the carpet of the lobby of the stately Fairmont Southampton in Bermuda, mulling over ways to kill a few hours before my afternoon tee time. Should I go to the Willow Stream Spa? They have a wonderful indoor/outdoor pool there with a waterfall.

Should I stroll the beach? It’s arguably the most breathtaking I’ve seen. Should I wander over to the course early? after all, the Fairmont’s undulating Turtle Hill Golf Club, with ocean views at every turn, is among the finest par-3 courses anywhere in the world. Such are the considerations of the anxiety ridden amateur unaccustomed to tournament golf. I was fresh from one of my best rounds in at least a year, scrambling madly to par the final nine holes in shooting a six-over par 60 in Round One of the Bacardi World Par-3 Championship (now known as the Grey Goose World Par-3 Championship). That had put me into the last group of the handicap division for the final round, and I was both exhilarated and terrified. I mean, there were actual fans watching me play, a few media members with cameras, competitors scrutinizing my every move.

Recreational players like me will probably never qualify for the RBC Canadian Open (okay, truth be told, I’m not even good enough to caddie in the Open), but there are a number of events around the globe that specifically cater to less accomplished golf enthusiasts seeking a little competition on a lot of quality layouts — many in some of the world’s most appealing vacation spots. Sun destination tourneys include the much-lauded Jamaica Invitational Pro-Am presented by Appleton Estate rum, which is contested over Jamaica’s elite courses such as the spectacular (and punishing) White Witch and Cinnamon Hill. How big a deal is this event?

Its official sponsors include Cobra Puma Golf, Bridgestone and American Airlines. Your arrival gift bag is valued around $550 and there’s $15,000 in team and on-course prizes, not to mention a $30,000 purse for professional participants.

Then there’s the Scottsdale Open presented by Waste Management, a slickly run three-round event for two-player teams that features a trio of the most famous tracks in Arizona: Grayhawk, Troon North and the TPC Course at the Fairmont Scottsdale Princess. The latter, just three weeks shy of staging the PGA Tour’s Waste Management Open, was in absolutely mint condition when I teed it up earlier this year. It also allowed participants the opportunity to play the famed par-3 16th—aka The Thunderdome—with its amphitheatre-like stands already set up for the Tour event. Or there’s the World Amateur Handicap Golf Championship in Myrtle Beach, with more than 3,000 competitors from around the world. Looking for an even more esteemed setting? Try the inaugural Dean’s Scottish Clans Golf World Championships. Set for June 23-27 at the prestigious Gleneagles Golf Resort in Scotland, it’s a four-round event featuring World Top-50 course Kingsbarns, as well as Gleneagles’ famed King’s, Queen’s and Centenary courses, the latter of which is playing host to this year’s Ryder Cup matches in September. The tournament is inviting anyone with blood ties to Scotland to compete over sacred ground — either as a single or as part of a four-player team — while dipping deeply into all things Scottish, from the bagpipes and Highland dancing to tours of whisky distilleries and other vital attractions.

While the entry fees vary, all of these fun-filled affairs have something in common: Every event requires that all participants have up-to-date, verifiable Handicap Factors. Yes, some of those figures are invariably more speculative than others—one need only look at the performances of many a supposed high handicapper at the PGA Tour’s annual Pebble Beach Pro-Am, where 16-handicappers seem to routinely shoot 78…gross…in the wind. But that doesn’t diminish the appeal for the rest of the amateur field. And while you may not be able to finagle an invite to a PGA Tour stop in Pebble Beach, your Golf Canada Handicap Factor is your private invitation to a multitude of unique and unforgettable events the world over.

To become a member of Golf Canada and your provincial golf association, click here.