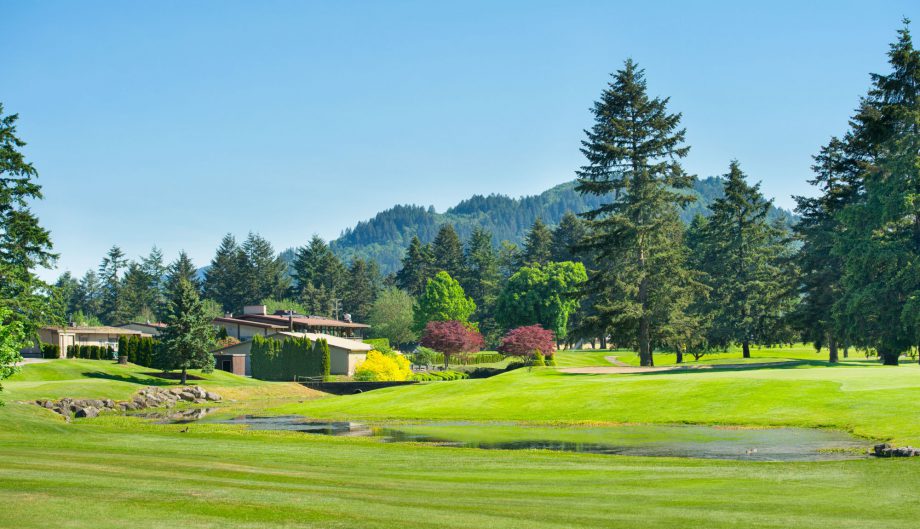 Chandler McDowell shot a 67 to vault him into first place in the Boys Division at the Future Links, driven by Acura Pacific Championship, while Euna Han shot a 2-under 70 to maintain her lead in the Girls Division heading into the final round at Chilliwack Golf Club in Chilliwack, B.C.

McDowell was dialed in on Saturday as he recorded back-to-back birdies to start his round and then dropped three straight birdies on holes 13, 14 and 15. The only flaw in his second round was a bogey on hole 16, which was a much needed improvement from his opening round in which he recorded four.

“Today I kind of felt a little bit more comfortable out there,” he said, after his round. “I felt like I had a good rhythm out there the whole time. Yesterday I was a little choppy, but today I had one bogey and felt a little different.”

Tristan Mandur shot the low-score of the tournament with a 64, 10 shots better than his opening round. He recorded four birdies on both the front and back nine and jumped up the leaderboard to second, two shots behind McDowell.

“Getting to the fifth hole, I was 2-under through four,” Mandur said. “I knew I had some easy holes coming up so I thought to just play solid and hope I could pull it together.”

Round one leader 13-year-old Jeevan Sihota shot an even-par 72 and dropped to T3 with Chilliwack native Mitchell Thiessen.

A.J. Ewart and Max Sekulic, two memebers of Team Canada’s Development Squad, struggled with their second round and each posted a 2-over 74. They sit at T14 and T11, respectively.

For the second consecutive day, Han is sitting atop the leaderboard in the Girls Division. Her 2-under second round helped maintain her two-stroke lead heading into the final day.

After a rough start where she only scored one birdie on the front nine and recorded bogeys on holes one, six and 11, Han turned her game around and got three straight birdies after the turn and added a fourth on her final hole.

“It was a big comeback,” she said. “I was 2-over through 11 and then birdied four of my last six holes. It was a big fight back.”

Defending champion and Team Canada Development Squad member Mary Parsons had a bit of a setback in her second round and dropped to solo fourth after her 1-over 73. She was 2-under through 10 holes, but a string of three bogeys in six holes saw her dip down the leaderboard.

Her fellow team Canada members, Hannah Lee and Monet Chun sit one spot back tied in fifth. Chun shot 1-under on Saturday while Lee was 1-over. They both sit at +2 for the tournament.

Susan Xiao, from Surrey, B.C., sits in second place after her second-round 70 put her at -4 for the tournament.

The top six finishers in the boy’s division will earn exemptions into the 2017 Canadian Junior Boys Championship on July 31-Aug. 3 at Cataraqui Golf and Country Club in Kingston, Ont. A tie for the sixth position will be decided by a playoff following the conclusion of play on Sunday. The top six in the girl’s division (including ties) will earn exemptions into the 2017 Canadian Junior Girls Championship on Aug. 1-4 at Camelot Golf & Country Club in Cumberland, Ont.