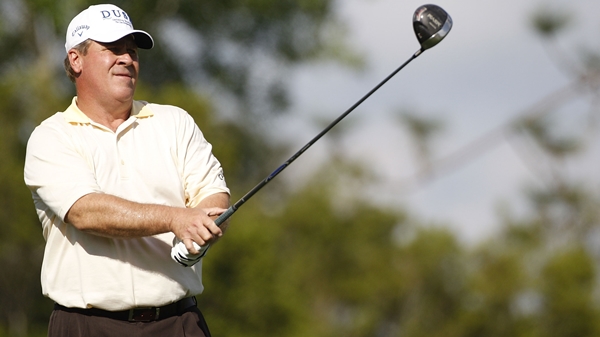 NAPLES, Fla. – Champions Tour player Hal Sutton had a mild heart attack after withdrawing during the first round of the ACE Group Classic.

“I had blockage in my heart, so yeah it was a heart attack,” Sutton told the Naples Daily News. “They put a stent in and I’m fine now.”

The 55-year-old Sutton withdrew Friday after playing the first eight holes in 5 over.

“I just said, `Something’s wrong. I don’t know what it is,'” Sutton told the Daily News.