Hadwin tied for 10th at mid-way point of CareerBuilder 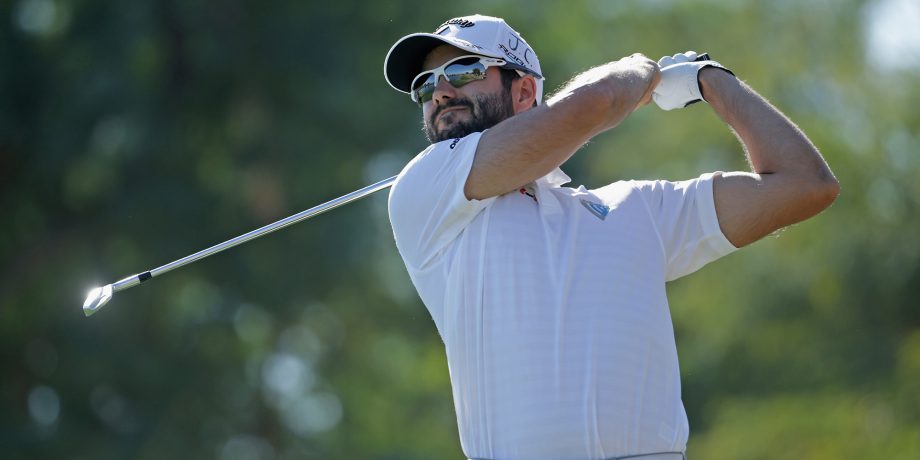 After two perfect days for scoring, wind at 15-20 mph with gusts to 30 mph was expected Saturday with the temperature only reaching the mid-60s after coming close to 80 on Friday.

And Landry and five others in the top nine were headed up the hill to PGA West’s once-feared, Pete Dye-designed Stadium Course for the weekend.

“It’s going to be a tough day,” Landry said. “I know that golf course can get a little mean. Especially, those last three or four holes coming down the stretch.”

In calm conditions Friday, Landry shot a 7-under 65 on PGA West’s Jack Nicklaus Tournament Course to reach 16 under. He opened with a 63 on Thursday at La Quinta Country Club.

Jon Rahm, the first-round leader after a 62 at La Quinta, was a stroke back. He had two early bogeys in a 67 on the Nicklaus layout.

“It’s tough to come back because I feel like I expected myself to go to the range and keep just flushing everything like I did yesterday,” Rahm said. “Everything was just a little bit off.”

Jason Kokrak was 14 under after a 67 at Nicklaus. Two-time major champion Zach Johnson was 13 under along with Michael Kim and Martin Piller. Johnson and Kim shot 64 at Nicklaus, and Piller had a 67 on the Stadium Course.

“Very, very similar type of golf,” Rahm said. “You need to hit it a lot more accurate off the tee because being in the fairway is a lot more important. With the small greens — and you have water in play — you need to be more precise. Clearly the hardest golf course.”

Landry had five birdies in a six-hole stretch on the back nine. After winning his second Web.com Tour title last year, the 30-year-old former Arkansas player had two top-10 finishes in October and November at the start the PGA Tour season.

“We’re in a good spot right now,” Landry said. “I played two good rounds of golf, bogey-free both times, and it’s just nice to be able to hit a lot of good quality shots and get rewarded when you’re making good putts.”

Rahm had four birdies and the two bogeys on his first six holes. He short-sided himself in the left bunker on the par-3 12th for his first bogey of the week and three-putted the par-4 14th — pulling a 3-footer and loudly asking “What?” — to drop another stroke.

“A couple of those bad swings cost me,” Rahm said.

The top-ranked player in the field at No. 3 in the world, Rahm made his first par of the day on the par-4 16th and followed with five more before birdieing the par-5 fourth. The 23-year-old Spaniard also birdied the par-5 seventh and par-3 eighth.

“I had close birdie putts over the last four holes and made two of them, so I think that kind of clicked,” said Rahm, set to defend his title next week at Torrey Pines.

He has played the par 5s in 9 under with an eagle and seven birdies.

Johnson has taken a relaxed approach to the week, cutting his practice to two nine-hole rounds on the Stadium Course.

“I’m not saying that’s why I’m playing well, but I took it really chill and the golf courses haven’t changed,” Johnson said. “La Quinta’s still really pure, right out in front of you, as is the Nicklaus.”

Playing partner Phil Mickelson followed his opening 70 at La Quinta with a 68 at Nicklaus to get to 6 under. The 47-year-old Hall of Famer is playing his first tournament of since late October.

“The scores obviously aren’t what I want, but it’s pretty close and I feel good about my game,” Mickelson said. “I feel like this is a great place to start the year and build a foundation for my game. It’s easy to identify the strengths and weaknesses. My iron play has been poor relative to the standards that I have. My driving has been above average.”

Charlie Reiter, the Palm Desert High School senior playing on a sponsor exemption, had a 70 at Nicklaus to match Mickelson at 6 under. The Southern California recruit is playing his first PGA Tour event. He tied for 65th in the Australian Open in November in his first start in a professional tournament.