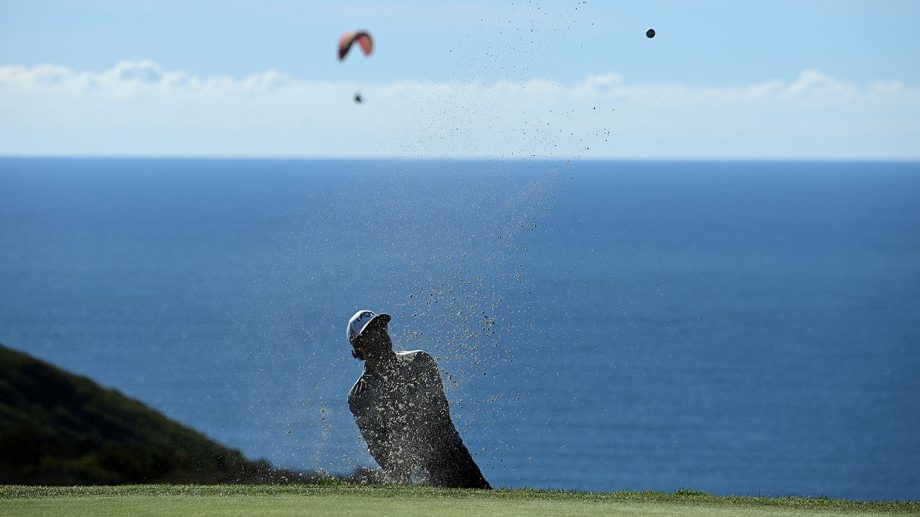 SAN DIEGO — Patrick Reed was involved in another rules controversy Saturday in the Farmers Insurance Open at Torrey Pines. He also had a share of the lead with Carlos Ortiz.

On the par-4 10th, Reed hit a 190-yard shot out of a bunker with a TV replay showing the ball bounced once before settling into the rough. Believing the ball didn’t bounce, Reed picked it up to see if it was embedded before a rules official arrived. Reed told the official that no one in his group, as well as a nearby volunteer, saw it bounce.

Reed was awarded a free drop and saved par. He bogeyed four of the next holes before birdieing No. 18 for a 2-under 70 and a share of the lead with Ortiz at 10 under. Ortiz had a 66 on the South Course.

Abbotsford, B.C. native Adam Hadwin is tied for 20th place at 4-under par. Hadwin shot a 73 in his third round. Listowel, Ont. native Corey Conners also shot a 73 Saturday. He finds himself in a tie for 45th. Merritt, B.C. native Roger Sloan shot a 6-over 78 to fall into a tie for 67th.

In December 2019 in Tiger Woods’ Hero World Challenge in the Bahamas, Reed was penalized two strokes for appearing to deliberately improve his lie in a bunker.

“It’s an unfortunate situation obviously, but at the end of the day when you finish a round and the head rules official comes up to you and has the video and shows everything that went down to the whole group and says that you’ve done this perfectly, you did this the exact right way, the protocols you did were spot on, at that point, you know, I feel great about it,” Reed said.

“The ball just disappeared. None of us saw it bounce,” said Reed, who added that a nearby volunteer told him that it did not bounce. “I looked at my group and said, `Guys, she didn’t see it bounce it, either, so I’m going to mark this ball and see if it’s embedded.’

“Once I marked it, the first thing I wanted to do was make sure I got the ball out of my hand because you don’t want to clean it or anything because you don’t know if it’s embedded yet. When I put my finger down there and felt like it has broken ground, the first thing you do is call the rules official. … The rules official said, `Yes, this ball has broken the plane.”’

The ground was soft because of rain overnight Thursday and during the second round Friday, when play was suspended for nearly an hour because of a storm.

PGA Tour rules official Ken Tackett said Reed “did all the things we ask to do of a player. It’s obviously difficult and you get to second-guessing when see video; soft conditions, there’s a lot of variables out there.”

The incident on 10 overshadowed Reed’s eagle on the par-5 sixth when he reached in two and made a 40-foot putt to get to 12 under. He reached 13 under with a birdie on No. 9.

The top Canadian going into the final round is Adam Hadwin of Abbotsford, B.C., who sits in a tie for 20th at 4 under. Corey Conners of Listowel, Ont., is even and sitting in 45th, while Roger Sloan of Merritt, B.C., is 3 over par.

Scott’s round included an eagle, a double bogey, five birdies and five bogeys.