Hadwin in prime position to win big on Web.com Tour 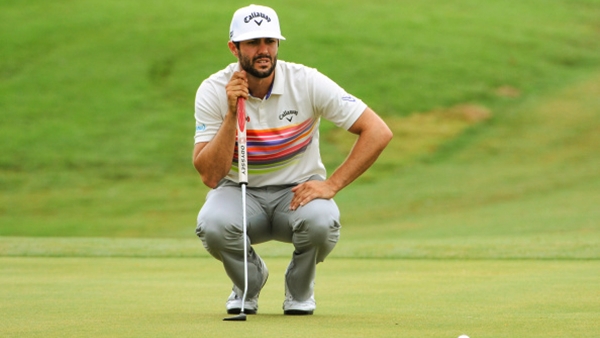 PONTE VEDRA BEACH, Fla. – Derek Fathauer shot a 3-under 67 on Saturday to take a one-stroke lead over Zac Blair in the season-ending Web.com Tour Championship.

Fathauer has already earned a PGA Tour card with a top-25 finish on the Web.com Tour’s regular-season money list. The 28-year-old former Louisville player had a 12-under 198 total on TPC Sawgrass’ Dye’s Valley Course.

Jason Gore was third at 10 under after a 66. Canada’s Adam Hadwin, in position to top the Web.com Tour and four-event Web.com Tour Finals money lists, was 8 under along with Jim Herman and Tyrone Van Aswegen. Herman had a 65, and Hadwin and Van Aswegen shot 67.

The Web.com Tour Finals is limited to the top 75 players from the Web.com Tour money list and Nos. 126-200 in the PGA Tour’s FedEx Cup standings. The top 25 on the Web.com money list have earned PGA Tour cards. They are competing against each other for PGA Tour priority, with regular-season earnings counting in their totals. The other players are fighting for another 25 cards based on their earnings in the series.