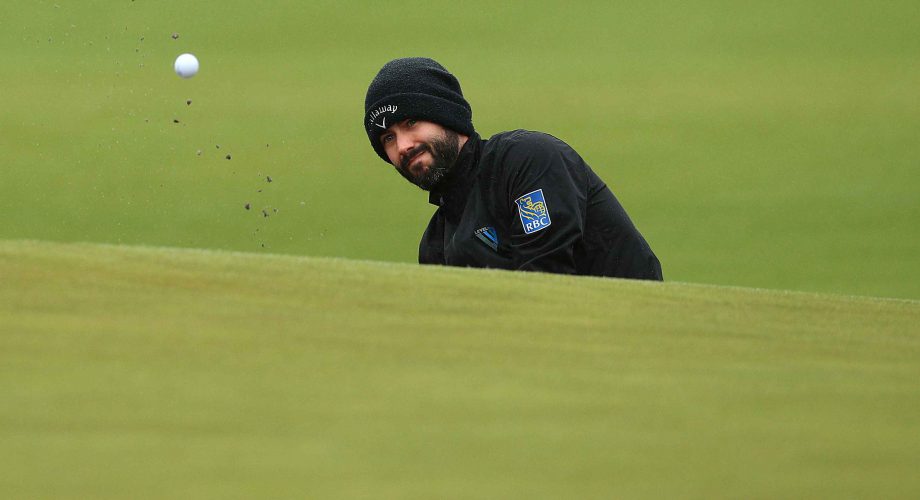 With the Presidents Cup in his sights and high hopes to return to major championship fields, Adam Hadwin knows a strong start to 2019 is essential.

The Abbotsford, B.C., golfer is in the field this week at the Sony Open in Hawaii – the first full-field event of the 2019 portion of the PGA Tour season – alongside fellow Canadians Mackenzie Hughes, Ben Silverman, Roger Sloan, Adam Svensson, Nick Taylor, and Corey Conners, who qualified for the event late on Monday.

Hadwin, who notched two top-10 finishes on the PGA Tour and represented Canada at the World Cup of Golf with Taylor (they tied for fourth) during the fall of 2018, said he’s excited to get back into the heat of competition again.

“I was excited to have some time off, but I was excited to get right back to it,” Hadwin said by phone from Phoenix. “Hopefully that translates into another quick start this year.”

He said he was committed to improving his ball striking in 2018 and was pleased to have done that. However, it came at the expense of his putting. The 31-year-old was 115th in putts per round last year, after being 20th in the same statistic the year before.

“I definitely lost in putting, and that was plainly obvious as the year went on,” he said. “That was a big thing heading into this year – I need to spend a little more time (on putting). I’ll spend a extra few minutes putting each day, dialling in the speed each day before rounds.”

With Hadwin’s first PGA Tour victory in 2017 he earned a spot into each of the majors and the limited-field, high-purse World Golf Championship events last year. With no victory in 2018, and with his world ranking not high enough, he has to fight to earn a spot into those tournaments this year.

The only Canadian who has a guaranteed spot in one of the four majors this year is Mike Weir at the Masters. His victory in 2003 affords him a lifetime exemption.

“Coming off a year where you got to plan everything, it was kind of nice. But now I’m right back to where I was before. It’s a goal (to get into the majors) but I need to get off to a good start,”

Hadwin said. “That’s the top priority for the first part of the year.”

The PGA Tour’s schedule for 2019 underwent a big change and Hadwin says he’s already looking to gear up for The Players Championship and the PGA Championship (both tournaments have been moved to an earlier slot) along with the RBC Canadian Open in its new early-June date.

“I’ve seen a significant drop off in play from May to July so I’ve been taking a look at those months (and) trying to figure out a way to keep a consistent level of play throughout the entire year, not just the beginning and end,” he said.

Hadwin’s ultimate goal for 2019 is to guarantee himself a spot on the Presidents Cup team. He finished 0-2-1 in his debut for the International side versus the Americans in 2017 but is currently the highest-ranked Canadian in the standings.

There are eight Canadians with good status on the 2018-19 on the PGA Tour – all of whom are playing in this week’s event after Hearn squeezed in on Wednesday as an alternate.

“We’ve had some tremendous success as a nation these last few years,” said Hadwin, who, along with Taylor and Hughes have all won on the PGA Tour. Silverman and Svensson have also won on the Web.com Tour the last two years.

“We’re all proud to represent Canada when we play, and hopefully we’ll see all eight of us playing well and a couple of us in contention.”

MACKENZIE HUGHES – After becoming a first-time father in late 2017, Hughes, of Dundas, Ont., struggled to find the form that saw him win The RSM Classic in 2016. He’s looking to bounce back after settling into a nice routine at home.

COREY CONNERS – Conners, of Listowel, Ont., got married in the fall and is hopeful the good vibes of Canadian golfers who tie the knot (Hughes got married and won on the PGA Tour in the same year, same with Hadwin) follows him into 2019. Conners was in the final group on Sunday twice in 2018.

NICK TAYLOR – Talk about saving the best for last. Taylor, of Abbotsford, shot a 63, his best round of the year, in the final round of the PGA Tour’s regular season in 2018. He earned a spot in the FedEx Cup playoffs and fully exempt status for 2019 thanks to that result. He won the 2014 Sanderson Farms Championship.

ADAM SVENSSON – Svensson won on the Web.com Tour in 2018 and earned a spot on the PGA Tour for the first time thanks to his money-list rank on the feeder Tour. The native of Surrey, B.C. made two cuts in the fall.

GRAHAM DELAET – DeLaet is on a major medical exemption for this year as he recovers from back surgery. DeLaet’s agent, Danny Fritz, told The Canadian Press by email the golfer was a “little sore” after hitting balls last week but “all-in-all he feels much better these days.” There is no exact day of return.