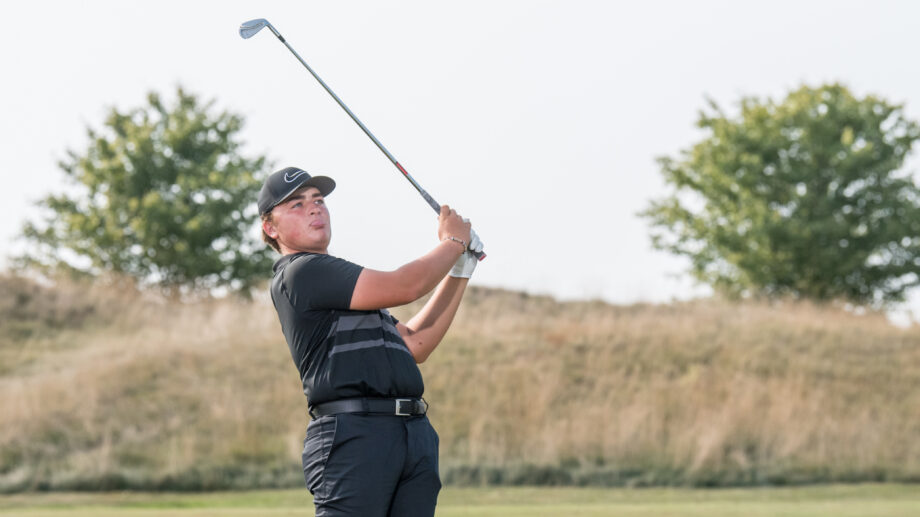 Elkhorn, Neb. native Luke Gutschewski had a hot start, making eight birdies to shoot a 65 for the day. Heading into his second season playing for Iowa State’s golf team, Gutschewski played a near bogey-free round, getting into the groove and making birdie on five consecutive holes in the middle of his round at Point Grey Golf & Country Club.

“I really just played solid all day, nothing too flashy,” said Gutschewski. “I did a good job of keeping it in play off the tee, left myself in good places when I missed greens, and then putted pretty nicely too.”

Despite the early lead, the 19-year-old isn’t getting too far ahead of himself. “It’s really a long week and we have a long way to go,” added Gutschewski. “If I can keep on doing what I’m doing and not get too wrapped up in the individual result of each shot then we can add up the scores at the end of the week and see what happens.”

After the halfway point of the Inter-Provincial competition Team Quebec, consisting of Christopher Vandette, Laurent Desmarchais, and William Forgues, leads by three strokes over Team British Columbia. Nine provinces and two territories will continue to battle for the Willingdon trophy tomorrow with Team Ontario looking to rally to defend their 2019 title.