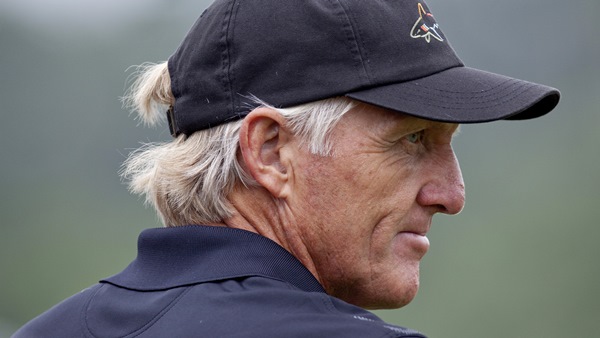 NAPLES, Fla. – In the late 1980s, Greg Norman wanted to put together a golf tournament with a relaxed atmosphere and unique team format to benefit children’s charities.

This is the 25th year Norman’s event has been on the PGA Tour calendar. It has gone by seven names, and is now called the Franklin Templeton Shootout. It has gone from California to Florida, with the last 13 years at the Norman-designed Tiburon Golf Course at Ritz Carlton Resort. New features include a 5K run.

“Quite honestly, I never expected to go 25 years, especially in the circle silly season we slotted ourselves into,” Norman said. “Back in ’89 starting off with four players and here we are 24 players, that’s a testament to the tournament itself. … I never anticipated making 25 years, never in my wildest dreams.”

The idea is the same. To have a fun, low-pressure event where players can bring their wives, bond with their teammates and can take part in pre-tourney festivities just before the holidays. Meanwhile, more than $12 million has been raised for children’s charities.

The Shootout will start Friday with the 12, two-man teams playing modified alternate shot. The format changes to better ball on Saturday and a scramble on Sunday.

Norman is teaming with Jonas Blixt.

“He’s young enough, he’s strong enough, he can carry me around,” Norman said. “I’m always a big believer in seeing what the young talent is doing in the world.”

Also in the field is Kenny Perry, the Champions Tour Player of the Year and Charles Schwab Cup winner. He’s the co-defending champ with Sean O’Hair – a former RBC Canadian Open champion.

Dufner is teaming with Johnson, and Poulter is paired with fellow English star Westwood.

Dufner won the PGA Championship this year for his first major title.

“I’ve been asked about (reflecting) a lot but I’m not sure what reflecting means,” he said. “When you live what you’re doing, especially as golfers, you’re trying to stay in the moment. I’m proud of what I did and how hard I worked to get there.”

Westwood has been in eight Ryder Cups. He’s considered one of the best players on the tour not to have won a major and that was magnified in the 2013 British Open when he had a two-shot lead heading into the final round, only to shoot a 75 and lose to Phil Mickelson.

The label irks him.

“Every time I heard, ‘I think, really?”’ Westwood said. “It’s always nice to be the best player to have done something or not done it. I’ll hit the next person that says it.

But he made his point. No one asked him a follow-up question.

“He’s got more than enough game, he knows it, and I’m sure he gets frustrated with all you guys saying he hasn’t won one yet,” Poulter said.