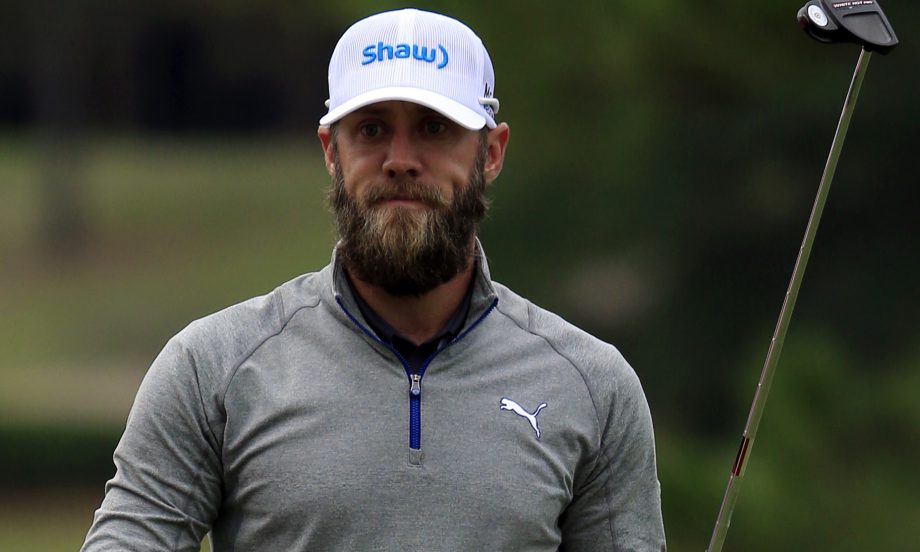 Motivated by his growing family and feeling better than he has in more than a year, Graham DeLaet is happy to be back on the PGA Tour.

The Canadian golfer will be in the field this week at the Sony Open in Honolulu, along with countrymen David Hearn, Nick Taylor, and Adam Hadwin.

After his final putt dropped at the Sanderson Farms Championship in November, the native of Weyburn, Sask., rushed home to more important matters. His wife, Ruby, gave birth to twins – Roscoe Fawce and Lyla Victoria – on the Tuesday after the tournament concluded.

DeLaet admitted he wasn’t grinding on the driving range after his kids were born, but he has played a few rounds with friends near his home in Scottsdale, Ariz.

“The last couple of weeks when I was home, my wife and I talked and I was like, ‘`I have to get working again, it has to happen,”’ DeLaet explained. “My game is feeling pretty good. Right after Christmas is when I got pretty serious again and did a lot of work in those few weeks.”

Now, DeLaet begins a new routine as both a professional golfer and a father. His trip to Hawaii was the first without his children.

“I was so lucky that they were born when they were and I was able to hang out with them for the first two months of their lives. It was tough to leave them, that’s for sure,” he said. “It’s pretty fun though. You have to be selfish as a professional golfer, and for the first time in my life I’m not being selfish and it’s pretty nice.”

DeLaet has also been able to recover from injuries he suffered last summer. A thumb injury forced him to withdraw from the RBC Canadian Open, miss the PGA Championship, and cause him to limit his schedule to 22 events – his lowest total since 2012.

He earned $988,349 for his efforts in 2015 with three top-10 finishes. But it was the first time since 2011 (when he suffered a serious back injury and only played in two tournaments) that he didn’t crack the $1-million mark.

“It was frustrating for sure,” he said. “It was not ideal timing by any means. It was disappointing for it to happen when it did.”

Now fully healthy, DeLaet said his biggest goal of the year is to represent Canada at the Olympics.

“It would be amazing, honestly,” he explained. “No matter who goes for Canada, it’ll be a great team. But I want to be on that team, 100 per cent.”

He sits second in the qualification standings behind Hearn, who is coming off his best season on the PGA Tour. The top two Canadian men in the Official World Golf Rankings at a certain point later this year will be Rio-bound, along with the top two women.

Taylor and Hadwin admit they have similar Olympic aspirations. Both sit within shouting distance of Hearn and DeLaet’s current standing.

“(The) Olympics are definitely a huge goal for me this year,” said Taylor. “I put myself in a position to make a run up the world rankings and hopefully have a chance heading into the summer. It would be an amazing experience.”

“(I want to) go out each week, put myself in contention and see what happens from there. If the Olympics happen for me this year, then I know I’ll be having a great year,” he said.

Hadwin and Taylor state they feel confident this year – their second season as full-time Tour members. Hearn and DeLaet, meanwhile, are both entering their seventh year on Tour.

And with a renewed sense of excitement on and off the course, DeLaet is eager to get things started.

“There’s a lot of pressure no matter what when you’re playing on the PGA Tour, but I know it’s going to be a lot easier if I play a poor round and my wife is there with our two kids and I can pick them up and hold them,” he said. “I think it’ll erase how bad rounds might feel pretty quickly. I want to play well for them.”