Grace leads Alfred Dunhill after a 62 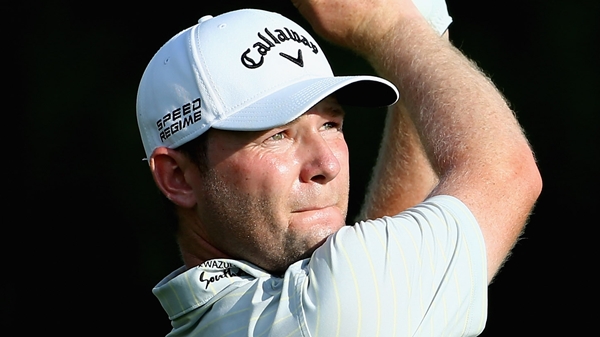 MALELANE, South Africa – Branden Grace made light work of the Leopard Creek Country Club course as he shot a 10-under 62 to claim a three-shot lead after the first round of the Alfred Dunhill Championship on Thursday.

Although the South African missed an eagle chance at the last hole that would have seen him equal the course record, that was his only disappointment of the day as he fired in 10 unanswered birdies.

“I hit the ball superbly,” said Grace, who came within a whisker of holing approaches at Nos. 11 and 15.

“I can’t remember the last time I hit 18 greens in a row, which is pretty nice, especially around this place, where there are some daunting approaches. It’s a good feeling going into the rest of the tournament.”

Grace’s compatriot, Jake Roos, lay second after his first day as a full European Tour member, leading fellow rookie Matt Ford by one stroke after the Englishman’s 6-under 66.

Ford had been set to accept a job as a postman before his success at Qualifying School last month changed his winter plans, while Roos claimed the last spot available on The Race to Dubai via last season’s Challenge Tour.

The limited field at the Nedbank Challenge last week delayed the involvement of players coming through the Challenge Tour and Qualifying School.

“I’m very happy and it was a dream start to the tournament and my season,” Ford said. “It’s the first time I’ve had my European Tour card, so I’m pleased with how today went.”

Ford was joined in third place by countryman Danny Willett, who carried his good form through from last weekend’s win at the Nedbank Challenge.

Spain’s Nacho Elvira and South Africans Michael Hollick and Tjaart van der Walt were tied for fifth on 5 under, while defending champion Charl Swartzel had a decent day that left him at 3 under and tied for 21st.