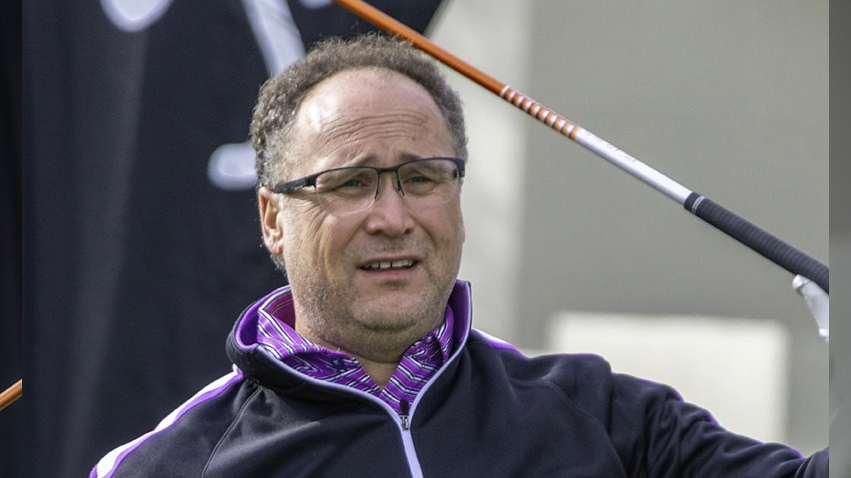 Gordon Percy stuck to his guns Tuesday at The Wigwam Golf Club and leads the PGA Head Professional Championship of Canada presented by Titleist and FootJoy after an opening round 6-under-par 66.

The head professional from the Carleton Golf and Yacht Club in Ottawa’s game plan was to keep it simple during the first round, focusing on hitting fairways and greens on the Robert Trent Jones-designed Gold Course at The Wigwam. The plan obviously worked, with the 46-year-old converting six first-round birdies.

“I was a little bit lucky out there today in spots, but I hit most of the greens in regulation and didn’t miss too much with my putter,” he admitted. “The strength of my game is that I usually hit a lot of greens, but I don’t always make as many putts as I did today either, so,” he said, adding, “I’m just here to have fun and there’s just so many good players in the field this week, we’ll have to see what happens over the next couple of days.”

Eric Laporte, the 2012 PGA Championship of Canada winner,sits just one-shot off the lead after a first-round 5-under-par 67.

A win for Laporte this week could cap off an impressive national championship year for PGA of Canada members from Quebec. Pierre-Alexandre Bedard, Serge Thivierge and Marc-Etienne Bussieres have all won national championships in 2018 with Laporte looking to join the group of Quebec winners.

“It would be pretty fun to win this week and join my friends from Quebec as winners of PGA of Canada national championships in 2018,” Laporte said. “But let’s be honest; there’s a lot of good players from all over the country here this week and anyone can win if they play well enough.”

The PGA Head Professional Championship of Canada presented by Titleist & FootJoy continues tomorrow and Thursday at the Gold Course at The Wigwam in Litchfield, Ariz.

The field will be cut to the low 70-players (and ties) after Wednesday’s second round.

There is also a 36-hole Inter-Zone competition compiled of four players on each team representing their respective PGA Zone and is contested over the first two rounds.

The squad from Quebec leads the way at -7, with Ontario in second at -2 and B.C. rounding out the top three at -1.

Designed by the master designer himself, the Gold Course was created in 1964 to rival another of Robert Trent Jones Sr.’s courses, the famed South Course at Firestone Country Club. At more than 7,430 yards, this long and winding par-72 course will challenge even the finest of golfers, leaving them with club choices that will either reward or reprimand their decisions. The course has previously hosted qualifying tournaments for the Mackenzie Tour-PGA TOUR Canada, U.S. Open and the U.S. Amateur.

The Wigwam was originally built in 1918 as a gathering place for the Ohio-based executives of Goodyear Tire & Rubber Company who discovered the West Valley of Phoenix as a prime location to grow cotton for rubber production. As the retreat grew in popularity, additional accommodations and amenities were added and in 1929 The Wigwam opened as a full-service resort with accommodations for just 24 guests.

The PGA Head Professional Championship of Canada presented by Titleist & FootJoy was played in Arizona in 2014 and 2015. Matt Peavoy captured the ’14 event at SunRidge Canyon Golf Club, while Danny King won in ’15 at Verrado Golf Club.