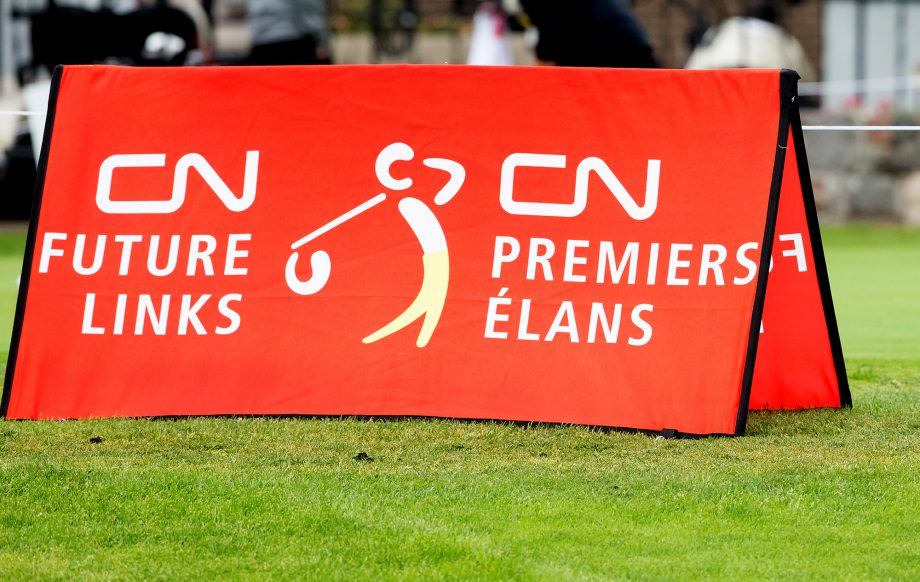 Goose Hummock Golf Course in Gibbons, Alta., will welcome many of Canada’s top junior golfers to compete in the 2015 CN Future Links Western Championship. The tournament opens with a Monday practice round on July 6, followed by three rounds of stroke play competition from July 7-9.

The CN Future Links Western Championship is the fifth in a series of six junior events presented in partnership with CN, aimed at supporting the development of junior golf in Canada. Goose Hummock Golf Course, located just north of Edmonton, will test the competitors with its many interlocking ponds situated among a combination of Scottish and everglades architecture.

“We’ve seen several talented junior golfers this season. With the CN Future Links Championship series heading into its final stretch, the Western edition is shaping up to be yet another strong field,” said Mary Beth McKenna, Tournament Director. “Golf Canada is proud to host the championship at Goose Hummock Golf Course with over 75 players competing in their home province.”

Among the local players is Alexander Smith of Calgary, who was recently crowned the 2015 CN Future Links Prairie champion. Smith claimed a two-stroke victory at the event last month and will aim for a repeat performance.

On the Junior Girls’ side, Kenna Hughes – also a product of Calgary – will seek to improve upon her T3 finish at the 2014 CN Future Links Western Championship, contested at Birchbank Golf Club in Trail, B.C.

The 54-hole tournament will offer six exemptions into each of this season’s national junior championships. The 2015 Canadian Junior Boys Championship will be contested from August 2-6 at Summerlea Golf and Country Club in Vaudreuil-Dorion, Que. The top six junior girls will earn entry into the 2015 Canadian Junior Girls Championship at Deer Park Municipal Golf Course in Yorkton, Sask., taking place August 3-7. The CN Future Links Junior Girls Western Champion will also gain an exemption into a 2016 Canadian Women’s Tour event of her choice.

The Atlantic Championship will wrap up the CN Future Links series for the 2015 season, July 13-16, at the Gowan Brae Golf & Country Club in Bathurst, N.B. The Quebec edition will be played this weekend, July 2-5, at Golf Château-Bromont in Bromont, Que.

For more information on the 2015 CN Future Links Western Championship, including a full list of competitors and pairings, please visit the tournament website.