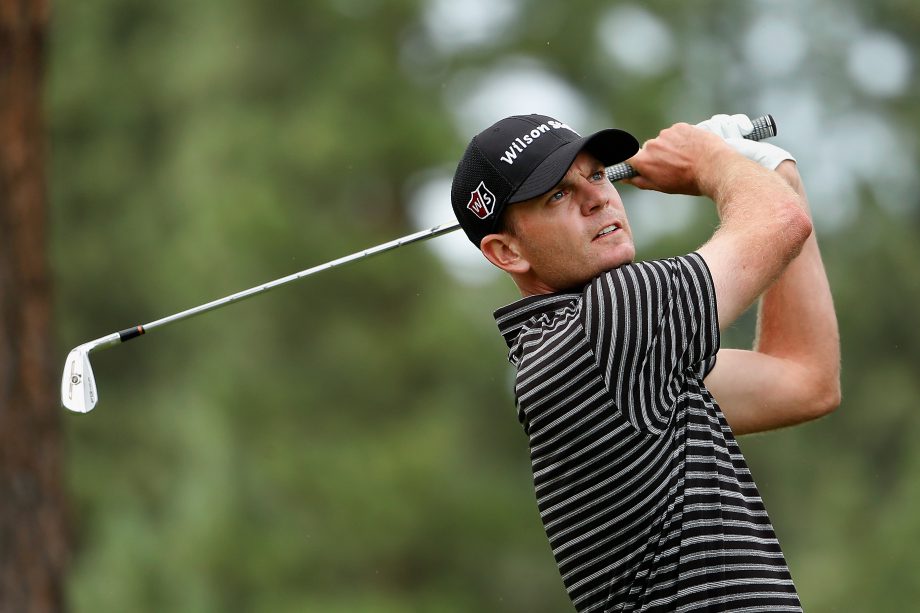 RENO, Nev. – Andres Gonzales had 11 birdies and a bogey in a 21-point round Friday for a share of the lead with Brendan Steele in the Barracuda Championship.

Steele matched Gonzales at 26 points after two rounds in the PGA Tour’s only modified Stableford event, scoring 18 points with an eagle, seven birdies and a bogey at Montreux Golf and Country Club.

Players receive eight points for double eagle, five for eagle, two for birdie, zero for par, minus-one for bogey and minus-three for double bogey or worse.

“Ball kind of went into the hole today,” Steele said. “The course is in great shape. A lot of the time I see it a little more brown, a little firmer, and so it’s playing a little bit different. Ball doesn’t go quite as far because you’re not running out as much.”

Steele holed out from a greenside bunker for the eagle on the par-5 second hole. He won the 2011 Texas Open for his lone tour title.

“It’s golf so you never know what’s going to happen, but I feel like my game is in a really good spot,” Steele said. “I was happy with how I played last week until Sunday. Basically, just didn’t hole anything on Sunday last week. But the game has been really good for a while.”

Winless on the tour, Gonzales has two top-10 finishes in 25 events this season.

J.J. Henry, the 2012 winner, was two points back along with Sweden’s Jonas Blixt. Henry had an 11-point round, and Blixt scored 12 points.

“It’s nice to get off early with fresh greens and little wind,” Henry said. “Kind of tricky with some rain and stuff, but the golf course was pretty soft and receptive, so if I kept the ball in play, gave myself a lot good chances.

“I love coming here. For whatever reason the golf course kind of suits my eye and I just enjoy being out here kind of up through the trees and the mountains. Just a beautiful place to be this time of year.”

Geoff Ogilvy, the winner last year, had six points to miss the cut. Last season, he finished with a tournament-record 49 points for a five-point victory.

Canadian Roger Sloan sits T52, while Adam Hadwin will not play the weekend.