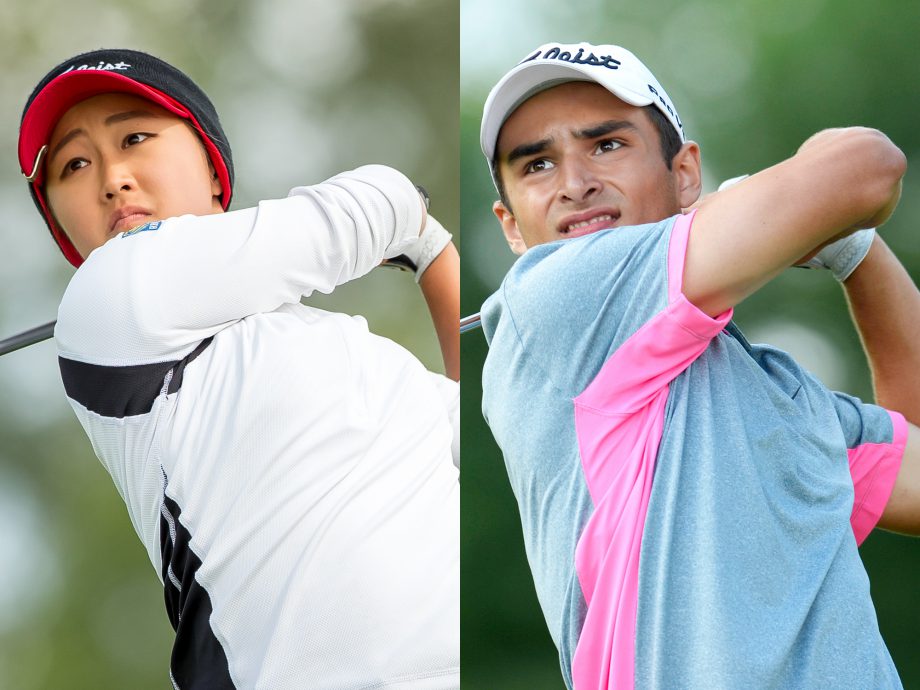 Charles-Éric Bélanger has an enviable attitude towards golf.  “Golf is a passion for me and every ball I hit, every shot I make, brings a special feeling,” he says. “Through golf, I meet great people and friends everywhere.  I enjoy everything about it.  It’s a great game.  I love it.”

That’s a mature and balanced perspective for just about anyone; it is even more impressive when it comes from a 16-year-old, but not just any 16-year-old.

In August, Bélanger became the first Canadian Junior Boys’ champion from Quebec since 1976.  Since the tournament’s Juvenile Division was introduced in 1970, Bélanger is only the seventh champion to capture both the Junior and Juvenile titles in the same year and only the third to do so in his home province.  It wasn’t easy. He needed a one-hole playoff to thwart Maxwell Sear of Unionville, Ont., at Summerlea Golf & Country Club in Vaudreuil-Dorion, Que. Raphaël Lapierre-Messier of St-Jean-sur-Richelieu, Que., and Henry Lee of Coquitlam, B.C., finished tied for third place.

“To win the national championship is something I am very proud of,” Bélanger said.  “It is a great honour for me.  It is a huge accomplishment and an objective I had in my junior career.”

Bélanger points to his father, Patrick, as his inspiration.  A member at Royal Quebec Golf Club, Patrick introduced his son to the club when the boy was eight and, a couple of years later, Charles-Éric says, “I started to feel the love for the game.  I started playing in some tournaments for fun and to experience competitive play when I was around 11-years-old.  My father never put any pressure on me, but he has been a great support.”

Bélanger attributes much of his progress to Académie de golf Fred Colgan, which is associated with his high school, Académie Saint- Louis in Quebec City.

While Bélanger’s immediate goal is to become part of Team Canada’s Development Squad, he hopes his golf eventually provides him with a scholarship to an NCAA university.  He is focused on getting a good education before making any decision on turning pro. “Like my father always said: ‘Work hard, enjoy yourself and have fun. Never forget to smile and that golf is a game’.”

With a parental attitude like that, it is no wonder Charles-Éric Bélanger is mature beyond his years.

The 18-year-old Team Canada Development Squad member’s third-round 69 propelled her ahead of the competition with a four-stroke lead through 54 holes; she went on to finish the championship at six-under-par 286.

“This is probably the biggest achievement that I’ve ever made,” said Kim, who now is a freshman at the University of Idaho.  “It feels amazing especially because it is my last junior tournament and I’ve worked really hard.”

Hannah Lee, a fellow Surrey, B.C., native, finished her final round at two-under-par to claim solo second at four-under for the championship. The 15-year-old won the national Juvenile title as a result.  Her opening-round 66 was a new competitive course record.  Rounding out the top three in the overall standings was Team Canada Development Squad member Naomi Ko, a 17-year-old from Victoria who is headed to North Carolina State.

“Michelle is quiet, but fierce,” says Ann Carroll, the women’s Development Squad’s head coach.  “Her strong suits are her mental game and short game.  She works for hours and hours on her putting and certainly puts in the hours on the range.”

That dedication and hard work paid off this season; in addition to the Canadian Junior, Kim also claimed the B.C. Junior and B.C. Amateur titles as well as the CJGA’s Western Canadian Junior Championship.