Is golf really too expensive? 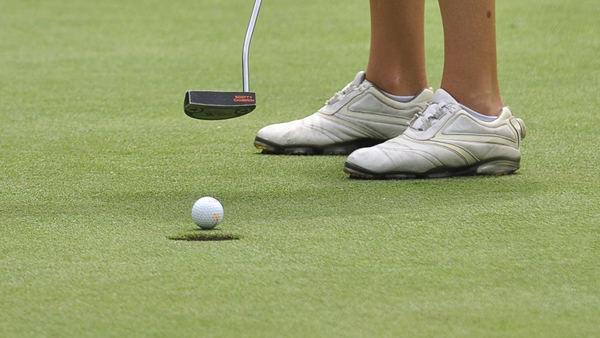 I’m giving up driving. Cars are too expensive.  Look, I just read that a new Bugatti goes for about $2.5 million. Who can afford that?

And I now realize I will never own my own house. They just cost too much. For example, the newspaper just said there is a condo in Toronto’s trendy Yorkville selling for $12.9 million.

Ridiculous logic, right? Laughable, really. Everyone knows there are much more affordable choices in cars and housing for folks in just about every income bracket. If most Canadians really want to drive a car or own a house, they can probably find a way.

But that same ridiculous, laughable logic is used by those, particularly in the media, who say golf costs too much for the average person. To bolster their phoney hypothesis, they cite the most expensive club memberships, greens fees in the $200 range, sets of clubs costing thousands of dollars. They obviously have an agenda; that being to further the erroneous and irresponsible myth that golf is an elitist sport, too costly for the hoi polloi.

They are wrong. And not just simply wrong. “As wrong as wrong can be,” as my dear old mom used to say.

First, golf club membership fees are not all in the five-figure range and annual dues are not all in excess of $5,000. (Truth be told, those are the rare exceptions.) If membership at one club is your preference, there are many across Canada where the membership/initiation fee is nominal or even waived altogether, and annual dues are well under $2,000. If you’re at the stage in life where you are fortunate enough to be able to play a lot of golf, this may be the best route. For example, if you are retired and play 60 or so rounds a season, that can work out to about 30 bucks a round. Add in the camaraderie, social and golf events, and the other amenities that accompany a membership, and I call that a bargain.

If you prefer to play a variety of courses rather than join just one, there are plenty of choices. Many courses are offering specials so it’s worth checking your local courses’ web sites regularly.

Many municipalities from, literally, coast to coast own courses where the green fee is very affordable. And if you think these are all goat pastures, you’re sorely mistaken.

Vancouver has the Fraserview, Langara and McCleery courses, plus some terrific little pitch-and-putt layouts. Fraserview, for example, is a Tom McBroom redesign with a great practice facility and a real West Coast feel. You can play it for as little as $30 for 18 holes, $21 for seniors, and $15 for juniors. In Newfoundland, the provincial capital of St. John’s has 27 holes in Pippy Park: Captain’s Hill, the original nine-hole course in the park, and Admiral’s Green. The latter is a Graham Cooke design that has hosted the PGA of Canada and both the Canadian Women’s Amateur Championship and Canadian Junior Championship. When I checked today, you could play Admiral’s Green for about $35, with the chance of sighting a whale or an iceberg thrown in for free.

In between those two coastal extremities, there are many other “munis” in centres large and small: Toronto, Edmonton, Calgary, Ottawa, Hamilton, Woodstock (Ont.), Thunder Bay, Stratford, Mississauga, Kitchener-Waterloo, Windsor (Ont.), Prince Albert (Sask.), Halifax, London, Yorkton (Sask.), Stony Plain (Alta.), Frankford (Ont.)…   the list is long. A lot have hosted provincial and national tournaments, many have historic significance, some are the products of renowned designers.

So now that you have a place to play, how about some implements? At bargain pricing, of course.

Just about every negative media mention takes perverse glee in citing top-level equipment prices: $499 drivers, iron sets for $1,299, $70 for a dozen balls, etc. Again, that is irresponsible headline-seeking misdirection. If you want new clubs, try a chain such as Canadian Tire or Costco where you can get a full set of name-brand clubs, including head covers and bag, for about $250. Used sets are available on Kijiji, ebay.ca or on forums such as torontogolfnuts.com for a fraction of their new price, as are recycled top-notch golf balls.

And don’t worry about having the latest golf apparel. Many courses are relaxing their dress codes and, in any case, outlet stores such as Winners have great golf-appropriate clothing at discounted pricing.

Think golf instruction is just for the pros or for the more affluent golfer? Wrong again. Those same municipal courses often offer group instruction and clinics (sometimes free). So do most public and semi-private courses.  Check out the local library for golf instruction books and DVDs. One great inexpensive solution for beginners is the program offered at www.getgolfready.ca.

If you can afford to drive that Bugatti and live in Yorkville, good for you.  Strangely, the mainstream media don’t assume that financial extreme is the norm.

I sure wish they wouldn’t assume that about golf.