Golf makes its debut at Pan Am Games 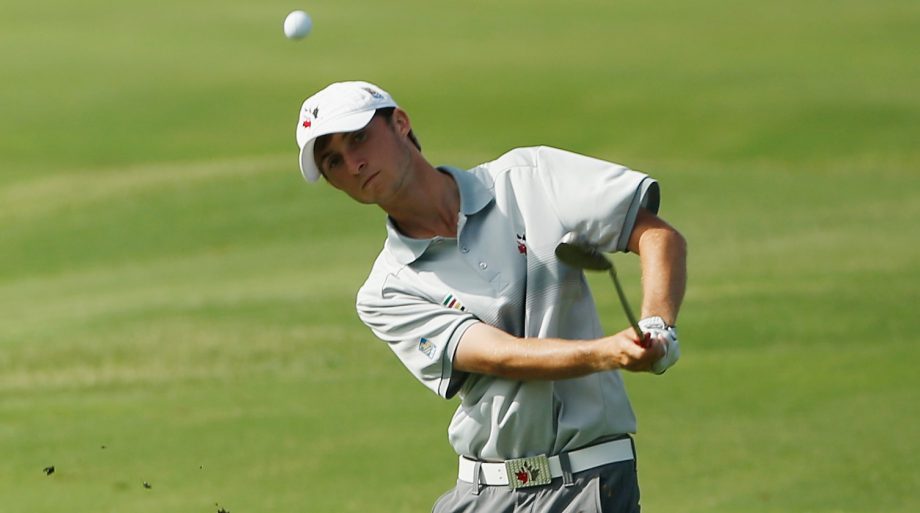 MARKHAM, Ont. — The first day of golf at the Pan Am Games felt like any other tournament to Lorie Kane. That is, until she crossed paths with Austin Connelly between the first green and the second tee and the Canadian teammates shared a high-five.

A year away from golf returning to the Olympics for the first time since 1904, the sport made its Pan Am debut Thursday at Angus Glen Golf Club. It was a rough start for two of the three Canadians in the field but a picture-perfect day to celebrate golf in international play.

“It was a cool experience and something I’ll remember for the rest of my life,” said Canadian Garrett Rank, who shot a 7-over 79. “I still can play really well the next three days. It’s just a matter of soaking in the experience.”

Connelly, an 18-year-old dual citizen from Dallas with parental roots in Nova Scotia, shot a 2-under 70, while the 50-year-old Kane matched Rank’s 7-over 79.

Those scores notwithstanding, Canadians playing on home soil could appreciate the history they were a part of.

“I’m excited to be here, I’m proud to be here,” said Kane, the only Canadian woman in the Games after teenage phenom Brooke Henderson withdrew to focus on her professional career. “This is a new thing for golf. I think we’re going to learn some things, and I think it’s going to just get better.”

The sun-soaked day with temperatures in the 20s and light wind made for almost ideal golfing conditions.

“The weather is perfect,” said Alejandro Tosti of Argentina, the first-round men’s leader with a 7-under 65. “It’s a little windy, but the temperature is perfect and it’s perfect to play golf.”

The team element involved, taking the best men’s and women’s score in each round, took some getting used to. Players have much more on their shoulders than just their own expectations and results, more to play for than themselves and sponsors, even if medals replace prize money.

“It’s completely different, but you just have to roll with the punches and kind of adjust on the go,” said Paraguay’s Julieta Granada, the women’s leader at 4-under 68. “It’s going back to junior golf where we get to represent our countries a little bit more then. It makes carrying your country’s flag a little bit more special than every other LPGA event.”

Because Henderson withdrew without an injury after the June 15 deadline, Canada was unable to replace her and lost a spot. It means Kane’s score counts in every round, and her first-round 79 essentially eliminated Canada from team medal contention.

Rank, an NHL referee from Elmira, Ont., cost himself in the men’s individual competition with two triple bogies, including one on the eighth hole when he lost his ball in the woods. Connelly wasn’t necessarily pleased with his showing but goes into Friday’s second round tied for fourth, five shots off the lead.

It’s too early to say Connelly is in medal contention, but he has a chance.

“They say you can’t win on the first day, but you can certainly lose it,” Connelly said. “I don’t feel like I lost it.”

Kane and Rank lost it with their struggles, but they were encouraged because they still get to play three more days of Pan Am golf.

“I’ve been preparing too hard to let this bother me,” said Kane, a Charlottetown native. “If we had a cut here, I’d be probably gnawing my arm off.”

Gnawing isn’t necessary, but Kane is champing at the bit to play one more international tournament: the 2016 Olympics in Rio de Janeiro. As of now, Henderson and Alena Sharp would represent Canada on the women’s side and PGA professionals Graham DeLaet and David Hearn on the men’s side.

Kane would love to improve her world ranking enough to qualify for the Olympics, especially after getting a taste of this kind of competition at the Pan Am Games.

“It only makes me want to get to Rio even more because if this is the Pan American Games, I can only imagine the feeling when it’s the Olympics,” she said. “I need to stop shooting 7-over par.”