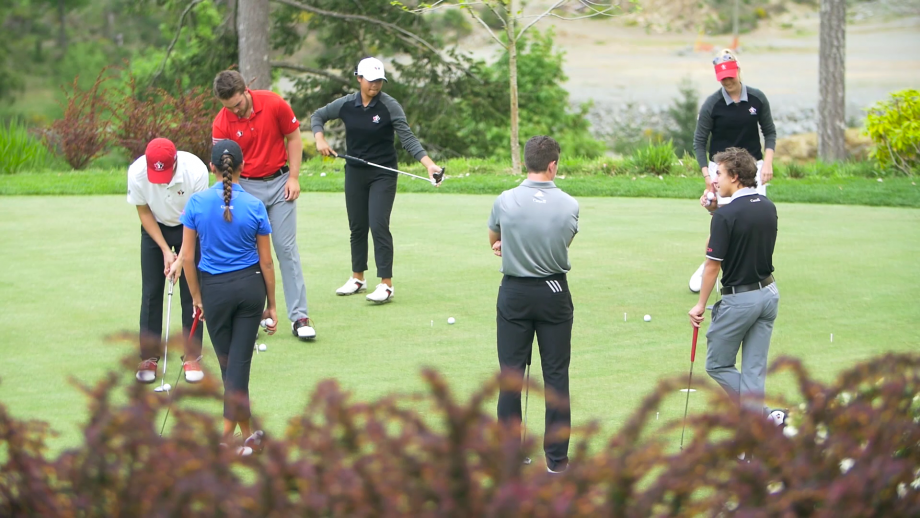 Canada’s next crop of junior golfers will soon learn that they may be alone out on the course, but they’re part of a team off of it.

Jennifer Greggain was announced as the newest member of the coaching staff for Golf Canada’s junior teams last Thursday, working with head coach Robert Ratcliffe. She said that instilling a sense of camaraderie among her pupils is a priority for the 2021 squad.

“When you bring this talent together and bring them to one place, this opportunity to train together and help each other get better, that’s really unique and one of the biggest opportunities for this program and our juniors,” said Greggain, who added that when she was a high-level amateur she would loved to have been around other elite golfers her age.

Greggain has a wealth of experience to draw from, having played on the LPGA and Symetra Tours for 10 years before becoming a coach.

“When I retired from tour, I realized pretty quickly that what I wanted to do when I grew up was to coach,” said Greggain with a laugh.

Greggain was the director of instruction at Chilliwack Golf Club, the assistant coach for the University of the Fraser Valley, and led the B.C. Summer Games Squad on numerous occasions.

In January she joined the national team program as assistant coach of the women’s amateur and young pro squads with Tristan Mullally before she transitioned into her new role.

Greggain will help guide mental performance, physiotherapy, biomechanics and nutrition for the Canada’s top golfers while she continues her studies at the University of British Columbia’s Master of High Performance and Technical Leadership program.

“I really like the model of the junior program because we have this centralized component which gives you a little more consistent contact,” said Greggain.