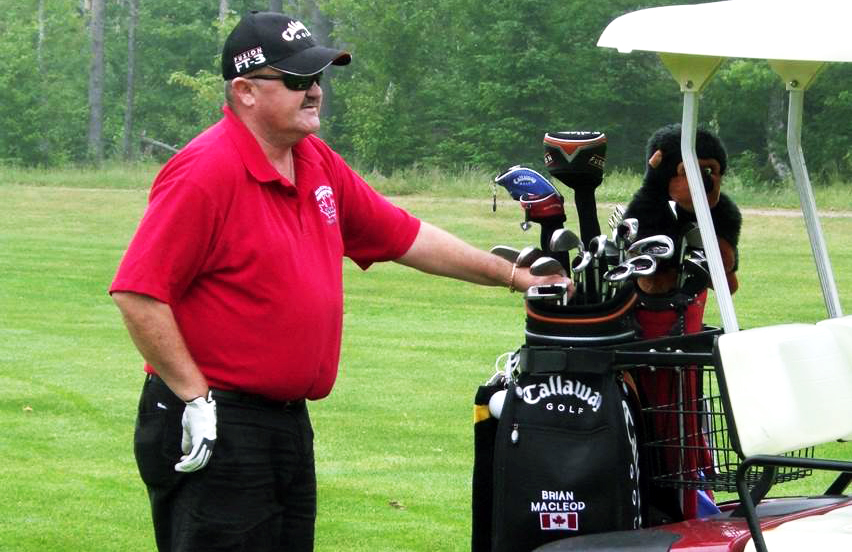 The National Sport Federation’s Distinguished Service Award has been presented annually since 1993 to recognize outstanding individuals who have had an impact on Canadian golf either nationally or within their communities.

The presentation of the 2016 Distinguished Service Awards will take place on Saturday, February 27 as part of Golf Canada’s Annual General Meeting at the Prince George Hotel in Halifax. Dunlop and MacLeod, who both passed away in 2015, will also be acknowledged on Friday, February 26 during an informal afternoon ceremony at the Nova Scotia Sports Hall of Fame.

“Golf Canada is proud to recognize John Horton and Jim Clark along with the late Allan ‘Bunny’ Dunlop and Brian MacLeod as the recipients of our 2016 Distinguished Service Award,” said Golf Canada CEO Scott Simmons. “Their respective contributions have left a lasting impression on the Canadian golf landscape and it is with great respect that we honour these individuals for their passion and commitment to our sport.”

Recipients of Golf Canada’s Distinguished Service Award are often selected from within the province or region of the organization’s incoming President. On Saturday, February 27, Roland Deveau of Bedford, N.S., will be sworn in as Golf Canada’s 113th President. As President-elect, Deveau will succeed 2015 President Paul McLean of King, Ont.

Even before becoming the 60th President of the Nova Scotia Golf Association in 2013-14, John Horton had spent more than 40 years promoting the game he loved. After serving on the Board of Directors and chairing the Junior Development of Golf at Ken-Wo Golf Club in the 1970s, the native of Wolfville, N.S., turned his passion for golf into an active volunteer role at the provincial level. In addition to championing the growth of Nova Scotia’s Junior Development program, the former school teacher familiarized himself with the Rules of Golf and became a Rules Official – a role that has allowed him to officiate at numerous local, regional, provincial and national championships. He has been active in Handicapping and Course Rating and currently serves as director of Course Rating with the NSGA. In addition to Rules, Handicapping and Course Rating, Horton has also served the NSGA as its Tournament Director and Junior Director. Despite ascending the volunteer ranks provincially, Horton remains committed to the home club at which he began his journey with the game, still serving as Ken-Wo’s Handicap chair.

Jim Clark began working as a volunteer with Golf Canada at the 1984 Canadian Open as part of the Caddie Committee. Over the next 15 years, the native of Midland, Ont., would serve as vice-chair and then chair of numerous committees which work tirelessly to organize Canada’s National Men’s Open Championship. Clark was appointed chair of the Canadian Women’s Open in 2001 and one year later became tournament chair for the RBC Canadian Open, a post he has held on seven occasions including most recently in 2015.  Clark was also selected to serve as tournament chairman for the inaugural World Junior Girls Championship in 2014 at Angus Glen Golf Club in Markham, Ont., and then this past year, he also served as the organizing committee chair for the 2015 Pan-Am Games golf competition conducted at Angus Glen. Over three decades, Clark has worked in various capacities and on several volunteer committees with Golf Canada – including past chair of the Championships Committee – where he readily demonstrates generosity and the spirit of volunteerism in giving back to the game of golf.

Allan ‘Bunny’ Dunlop joined the Public Archives of Nova Scotia in 1970. For 27 years, the native of Halifax plied his craft and applied his extensive knowledge before retiring as Associate Provincial Archivist. Dunlop’s wealth of experience as an archivist and his love of the game brought him to the Nova Scotia Golf Association (NSGA) in 1997 where he served as the association’s Historian. The 39-year member of Ashburn Golf Club amassed, catalogued and maintained detailed records of golf – both in his home province and throughout the country. His 18-year tenure (1997 to 2015) as the NSGA’s Historian concluded with his passing in May of 2015. A golf competitor in his younger days, Dunlop was considered by many to be a true scholar of the game, having contributed historical information to national golf-related historical groups and societies. He compiled and documented the history of the sport as a volunteer with the NSGA and his legacy has allowed the association to maintain and preserve golf’s rich heritage in Nova Scotia.

Brian MacLeod was not only a blind golf champion, but also a steadfast advocate for the game off the course. The native of Truro, N.S., traveled the world and amassed a golfing legacy that includes three victories at the Canadian Blind Open, two wins at the U.S. Blind Open, championship titles at the Italian Blind Open and the Australian Blind Open and two runner-up finishes at the World Blind Open. Despite those impressive accomplishments and his 67 total wins in 100 career national and international blind golf tournaments, it is MacLeod’s commitment as a life-long proponent of the sport for which he will be best remembered. Alongside friend and fellow blind golf champion Gerry Nelson, MacLeod founded Blind Golf Canada to promote the sport and provide competitive golf opportunities to the nation’s blind and visually impaired golfers. A proud ambassador for golf in Nova Scotia, Canada and internationally, Macleod passed away in December of 2015.