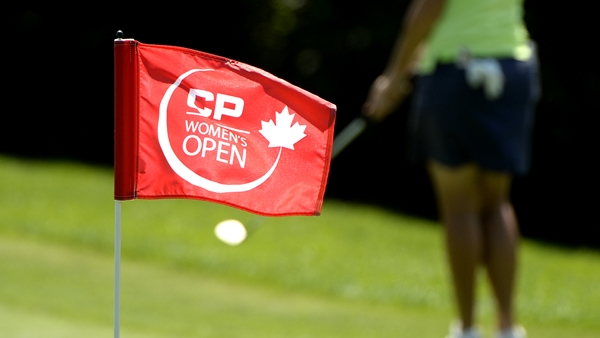 Oakville, Ont. (Golf Canada) – Golf Canada is pleased to announce the six individuals selected to represent Canada at the 2014 World Amateur Team Championship, conducted by the International Golf Federation. The championships – features both a women’s (Sept 3rd-6th) and men’s (10th-13th) competition which will take place in Karuizawa, Japan from September 3 – 13, 2014.

Representing Canada on the women’s team is Brooke Henderson, 16, of Smiths Falls, Ont., Augusta James, 21, of Bath, Ont., and Brittany Marchand, 21, of Orangeville, Ont. The trio will vie for the Espirito Santo Trophy at the Kurizawa Prince Hotel Resort’s Oshitate Course and Iriyama Course.

The men’s team selected to represent Canada consists of Corey Conners, 22, of Listowel, Ont., Taylor Pendrith, 23, of Richmond Hill, Ont., and Adam Svensson, 20, of Surrey, B.C. Also contested on both the Oshitate Course and Iriyama Course at Kurizawa Prince Hotel Resort, the men will vie for the Eisenhower Trophy.

“The World Amateur Team Championships are a critical benchmark in our evaluation of Golf Canada’s efforts in high performance player development,” said Golf Canada’s Chief Sport Officer Jeff Thompson. “This particular championship allows our players to compete best on best with the top amateur golfing talents from across the globe. It was an extremely difficult selection for this event. The players selected have demonstrated an extremely high level of performance throughout the selection period over a number of world-class competitions and I am very confident that they will represent the country and themselves very well.”

Brooke Henderson, a member of Team Canada’s National Squad for the past three years, will represent Canada in the Women’s World Amateur Team Championship for the second time (2012). She enters the competition as the No. 2 ranked amateur in the world after a wildly successful 2014 season that saw her claim victory at the Porter Cup, the Ontario Women’s Amateur, the Canadian Women’s Tour Ontario stop, and the PGA Women’s Championship of Canada. These stellar performances were highlighted by a Top-10 finish at the U.S. Women’s Open where she was awarded low amateur honours as well as a runner up finish at the U.S. Women’s Amateur.

Augusta James has been a member of Team Canada’s National Squad for the past four years and is entering her senior year at North Carolina State University. The 21-year-old has had a strong 2014 season, finishing tied for fourth at the Porter Cup and runner-up to Henderson in the Ontario Women’s Amateur before winning the prestigious Canadian Women’s Amateur Championship. The 2014 World Amateur mark James’ second time competing (2012 she finished T12th).

Men’s Team Bios:
Cory Conners has been a member of Team Canada for the past four years and recently graduated from Kent State University. Competing in the World Amateur for a second time (2012), he is currently ranked No. 44 on the World Amateur Golf Rankings. In 2014 Conners claimed the Jones Cup, the Mid-American Conference Championship, the General Hackler Championship, and the Gopher Invitational. He also recently finished runner-up at the U.S. Men’s Amateur Championship to earn exemptions into the 2015 Masters Tournament and U.S. Open Championship and was a finalist in the North & South Amateur Championship held at the prestigious Pinehurst Country Club.

Taylor Pendrith, a Kent State grad known for his powerful drive, ball speed and distance off the tee, is currently ranked No. 45 on the WAGR. He recently made headlines after an impressive performance at the 2014 RBC Canadian Open that saw him finish in a tie for 43rd, highlighted by an opening round 65. Also in 2014, Pendrith captured the Monroe Invitational and finished second at the Mid-American Conference Championship.

Adam Svensson is entering his junior year at Barry University in the fall. In 2014 he was awarded the Jack Nicklaus Award for being the top NCAA Division II golfer – well-deserved recognition after a 2014 season that saw him claim the Sunshine State Conference Championship, the Buccaneer Invitational and the Bobcat Invitational. Svensson has been a part of the Canadian men’s national team for the past five years.

About the World Amateur Team Championships:
A biennial competition, the World Amateur Team Championship has been played since 1958, with the winner taking home the Eisenhower Trophy. The United States won the 2012 title in Antalya, Turkey, by five strokes over Mexico in a championship that was contested over 54 holes rather than 72. The Canadian contingent of Conners, Mackenzie Hughes of Dundas, Ont., and Albin Choi of Toronto tied Norway for sixth place that year.

Conducted every two years, the World Women’s Amateur Team Championship has been staged since 1964, with the winner earning the Espirito Santo Trophy. In 2012, Korea claimed the title by three strokes over Germany. The Canadian team of Henderson, James, and Jennifer Kirby of Paris, Ont. placed seventh.

The World Amateur Team titles are contested over four days of stroke play. A country may field a team of two or three players. In each round, the total of the two lowest scores constitutes the team score for the round. The four-day total is the team’s score for the championship.

The World Amateur Team Championships are conducted by the International Golf Federation, which was founded in 1958 to encourage the international development of the game and to employ golf as a vehicle to foster friendship and sportsmanship. The IGF, the International Olympic Committee’s international federation for golf, comprises the national governing bodies of golf in more than 125 countries, and it will conduct the golf competition at the 2016 Olympic Games in Rio de Janeiro.