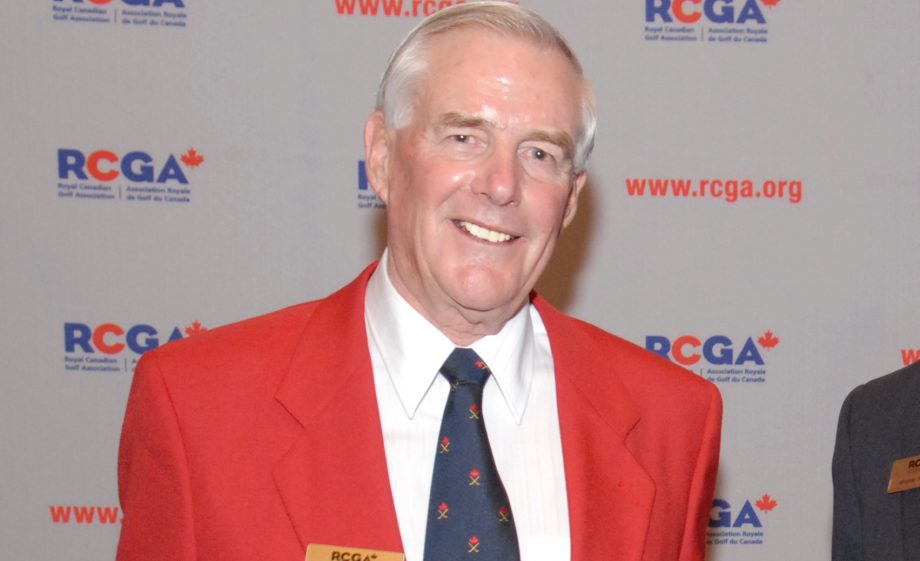 Golf Canada is mourning the passing of one of the sport’s long-time supporters, Jim Fraser, who passed away peacefully in his home December 5th, 2019 after a courageous fight with ALS.

Fraser, who was born in Montreal, was a member at Toronto Golf Club in Mississauga, Ont., and Beaconsfield Golf Club in Montreal. He held several positions as a volunteer and then an employee of the Royal Canadian Golf Association (now Golf Canada) over a career spanning nearly 40 years.

He volunteered with the Association as a governor for a decade prior to becoming a full-time staff member in 1993. During his tenure with the National Sport Federation, he served various Director roles with portfolios that included Rules, Handicapping and Amateur Status; Player Development and Junior Golf; Member Programs; Handicap and Course Rating; and Amateur Competitions. Following retirement, he remained active as a volunteer in a rules capacity and later supporting the library archives of the Canadian Golf Hall of Fame and Museum.

For his dedicated work towards bettering golf, Fraser received several recognitions, most notably being inducted into the Ontario Golf Hall of Fame, receiving Distinguished Service Awards from Golf Canada and the International Association of Golf Administrators, being named a Patron of the Canadian Seniors Golf Association and most recently with the establishment of the Jim Fraser Scholarship through Golf Canada and the Canadian Seniors Golf Association (CSGA).

Fraser is survived by his wife Lynne, daughters (Patty, Karen and Gillian) and grandchildren (Alex, Kayla, Sophie and Grace).

The family asks that any donations in memory of Jim be made to the ALS Society of Canada or to the Jim Fraser Scholarship through the Golf Canada Foundation.