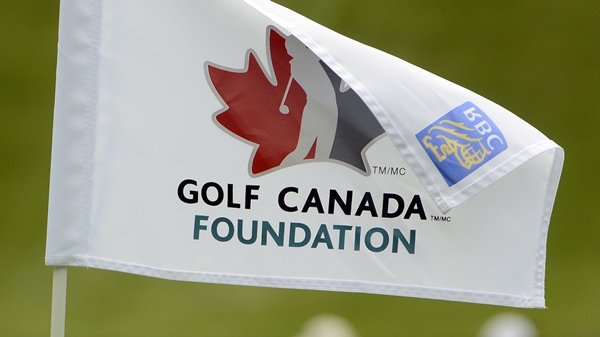 A total of $66,000 in scholarships has been awarded by the Golf Canada Foundation in 2014 to 17 scholar-athletes this year.

This year marked the introduction of a new scholarship offered by the Golf Canada Foundation. The Choquette Family Foundation, a private foundation whose purpose is to receive and maintain funds to be used in the funding of scholarship programs for individuals pursuing post-secondary education, funded four scholarships for student golfers in strong academic standing who best exemplify the ideals of global fellowship. Daniel Cluney of Corner Brook, Nfld. (Holland College), Krysta Schaus of Fredericton, N.B. (Erskine College), Bruce Tomie of Bedford, N.S. (University of Victoria) and Jesse Teron of Red Deer, Alta. (University of Victoria) each received one of four Choquette Family Foundation Scholarships valued at $5,000 apiece.

The ClubLink Scholarships of Excellence were awarded to two students studying in British Columbia who have outstanding records in both academics and golf. This year’s recipients are Trent Abraham of Burlington, Ont. (University of British Columbia) and Brianna Carrels of Lethbridge, Alta. (University of Victoria). Each student receives $5,000 towards their studies.

Brynn Tomie of Bedford, N.S., and Myles Creighton of Digby, N.S., student-athletes at the University of Victoria and Radford University respectively, each received the Connor/Spafford Scholarship award and $5,000 each. These scholarships are eligible to students from Atlantic Canada, with an emphasis on Nova Scotia residents.

The Geordie Hilton Academic Scholarship award, presented to students entering their second year of business studies or beyond, was given to Team Canada Development Squad member Valérie Tanguay of St-Hyacinthe, Que., a standout golfer at the University of Oklahoma.

Russell Bowie of Mississauga, Ont. (Queen’s University) and Jack Wood of Banff, Alta. (University of British Columbia) each received a Canadian Seniors’ Golf Association (CSGA) scholarship valued at $3,000, while Justin Shanks of Sussex Corner, N.B. (Holland College) was presented with the John Powell Memorial Scholarship (valued at $3,000) in honour of John Powell, a former Executive Director of the CSGA who passed away in 2011.

The Marlene Streit Golf Scholarship awards, valued at $3,000, are presented to standout Canadian female golf­ers attending Canadian universities and colleges. This year the awards were given to Rachel Cormier of Rothesay, N.B. (University of New Brunswick) and Ana Peric of Etobicoke, Ont. (University of Toronto).

This year’s selection of scholarship recipients reflects a wide range of scholastic backgrounds, including business, medicine, physics, engineering and social sciences, as well as kinesiology and biology studies. The impressive range of educational programs reinforces the Golf Canada Foundation’s commitment to supporting our future leaders and providing them with opportunities to study and stay in Canada.

“We are extremely proud to support young Canadians in their pursuit of academic and golfing excellence,” said Martin Barnard, CEO of the Golf Canada Foundation. “Supporting collegiate golf is an important part of the Foundation’s mission to support and promote participation in the game.”

The Golf Canada Foundation supports Canadian student golfers and the development of Canadian university and college golf programs. Its mandate is to raise and grant funds for the advancement of golf across the country.

Since 1982, the Golf Canada Foundation has awarded over $2.5 million in scholarships to promising young golfers, landscape architects and turf grass scientists. The scholarship program has been funded through generous donations from corporations, golf clubs, associations and individual friends of golf.

In 2004, the Golf Canada Foundation began a program of granting funds to universities and colleges across Canada to enhance the institutions’ golf programs and competitive golf opportunities. The Golf Canada Foundation believes golf is a valuable part of Canadian society and strives to elevate golf programs to help them become recognized as a core sport of Canadian Intercollegiate Sport (CIS).