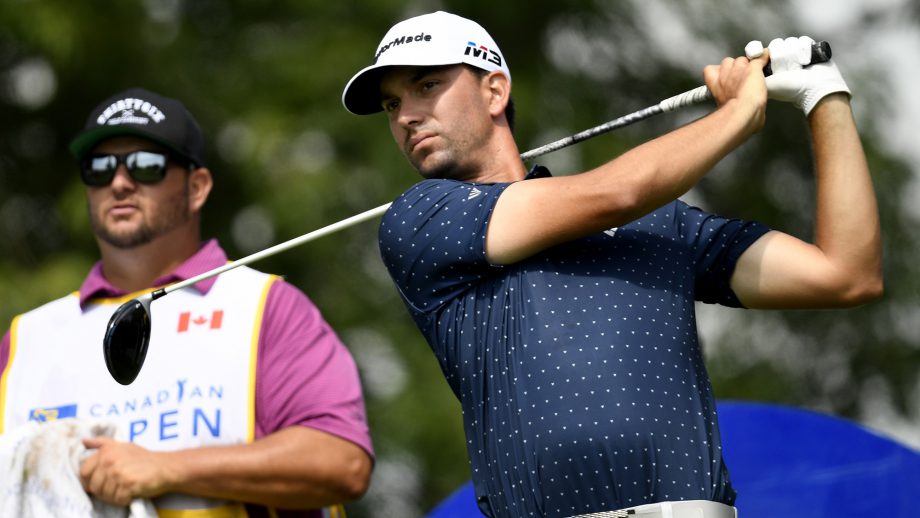 He played the course at least 100 times as a teenager under the tutelage of Sean Foley, long before the latter became swing coach for Tiger Woods.

Rounds have been less frequent over the last decade – Gligic estimates six or eight in total – usually alongside a couple of friends with a beer or two not far from his golf bag.

Thursday was an entirely different experience.

Gligic fired a 3-under 69 in the first round of the RBC Canadian Open at Glen Abbey before play was suspended due to inclement weather. He finished the day tied for 41st.

“I don’t know if when I was 13 outside the ropes getting autographs if I really thought it would be a reality that one day I’d be inside the ropes,” the 28-year-old said. “It was a pretty cool experience. I’ll cherish that moment walking down No. 18.”

Gligic, who was born in Kitchener, Ont., and grew up in Burlington, just west of Oakville, has played two previous Canadian Opens elsewhere, but competing at the course where he started to hone his skills is special.

“A little nervy on the first tee shot,” Gligic said. “Other than that, settled in really well.”

Much of his career has been spent on golf’s third-tier Mackenzie Tour, previously called PGA Tour Canada. Gligic earned a spot at this year’s Open after tying for first in Monday’s qualifier.

With a morning tee time, his opening round included a combination of searing heat, wind and rain.

“I went to pull out my umbrella and my caddie was like, ‘Yeah, that’s in the car,”’ said Gligic, adding with a grin: “He’ll get a word from me … I’m sure he’ll carry it (Friday) rain or shine.”

The six-foot-four, 180-pound Gligic has plenty of support following him around Glen Abbey, where he fired four birdies against one bogey.

“I didn’t really have a specific goal,” said Gligic, one of 21 Canadians in the field. “I’m just going to try and hit one shot at a time and do what I can do and put myself in contention.”

The 2018 event might be the tournament’s swan song at Glen Abbey – a Jack Nicklaus-designed course that could soon be redeveloped as a subdivision – but Gligic is hopeful the venue’s 30th Open isn’t its last.

David Hearn of Brantford, Ont., and Nick Taylor of Abbotsford, B.C., were tied at 4-under 68 as low Canadians.

The 39-year-old Hearn has had a tricky season with more down time than he’s used to after losing his full-time PGA Tour status, but is also in decent position to make some noise on home soil.

“I realize out here it can be fleeting,” Hearn said. “I’ve been working my tail off to try to get better.”

Robert Garrigus tops the leaderboard at 9 under following a round that included five straight birdies on the front nine.

Adam Hadwin, also from Abbotsford, sat at 2 under after playing alongside world No. 1 Dustin Johnson (68) and No. 4 Bubba Watson (70) in the early marquee group at the US$6.2-million event.

“No one was paying attention to me,” Hadwin joked.

Calgary’s Ryan Yip was at 1 under through 12 holes, and Corey Conners of Listowel, Ont., finished his round at even-par 72. Ben Silverman of Thornhill, Ont., was also at par after 12 holes.

Gligic enjoyed Thursday’s moment in the spotlight, but was eager to put it behind him with even more pressure on the horizon.