Gligic fires 65; Chiarella a surprise leader at The Players Cup 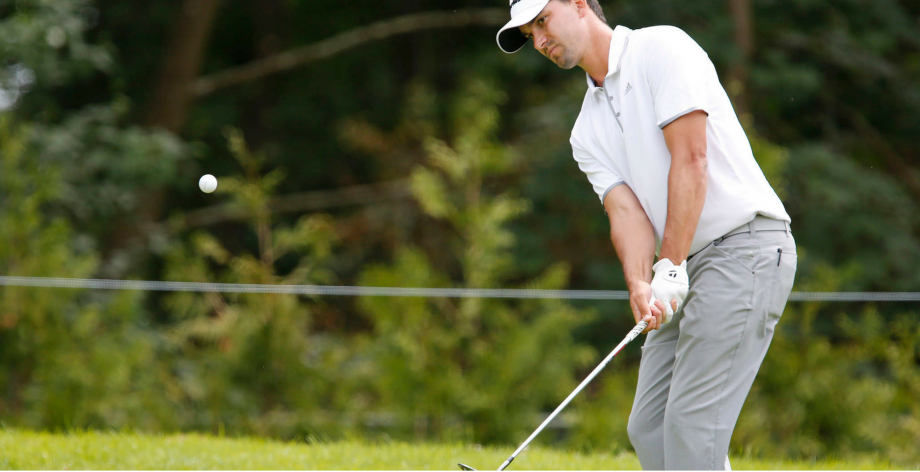 WINNIPEG, Man.— Michael Gligic is the top Canadian heading into the weekend at 12 under after a fire round on Friday at the Players Cup saw him register eight birdies and only one bogey

Rounds of 67-65 leave him tied for second with six others, just one shot behind leader Alex Chiarella. The 28-year-old finished T2 at The Players Cup in 2016, when the event was held Niakwa Country Club.

“It was pretty good. The front nine could have been a lot better, too. I just couldn’t get anything going, really,” said the Burlington, Ont., talent. “I had it in there close a few times, missed probably a 3- and 6-footer for birdie and just didn’t have any momentum going. I made the turn, made a putt on 10 and on the back nine I was kind of making them from everywhere.”

Other Canadians to make the cut include James Love (tied for ninth), Aaron Crawford (tied for 33rd) and Jared du Toit (tied for 33rd). Riley Wheeldon, the leading Canadian on the Order of Merit, needed birdie on the final hole to make it on the number before carding a bogey.

Alex Chiarella is still a relative unknown on the Mackenzie Tour. He began the year with conditional status and appeared in only two events prior to this week. Even as he first climbed his way to the top of the field Thursday at The Players Cup, course leaderboards left a blank space where his name should have been.

Tournament officials ensured his name cards would be there Friday. Good thing, too. The 24-year-old continued his surprising start with a 6-under 66, moving to 13 under overall. He will take a one-shot lead over seven players into Saturday’s third round.

“My game has felt good recently,” Chiarella said. “I just haven’t been able to put good scores together. But things clicked the last couple days and I’m looking forward to the weekend.”

The University of San Diego product has carded just one bogey over his first 36 holes, which came Friday on the par-4 10th. But he quickly rebounded with a birdie on No. 11, an eagle on No. 13, and two more birdies on Nos. 14 and 18. The eagle, his second of the week, came on the par-5 No. 13. He hit driver down the left side, followed with a 5-iron from 215 yards out, then connected on a putt from 12 feet.

“You can hit a lot of drivers out here, so I’m just trying to bomb driver and give myself the best angle to the pin on each green and it’s worked out,” the third-year pro said. “I’ve hit my driver well this week and hopefully it continues.”

George Cunningham, Daniel Stringfellow, David Pastore, Ian Holt, Zach Wright, Cody Blick and Canadian Michael Gligic are all tied for second at 12 under. Blake Olson and Canadian James Love are two shots back at 11 under.

“Every week has been like this, so I’ve come to expect it,” he said. “Incredible talent out here, it blows my mind. With everyone I play with, we always talk about how we can’t believe how low the scores are.

“It’s just a really solid group of guys and anyone out here can win. Hopefully I (can) be that anyone.”