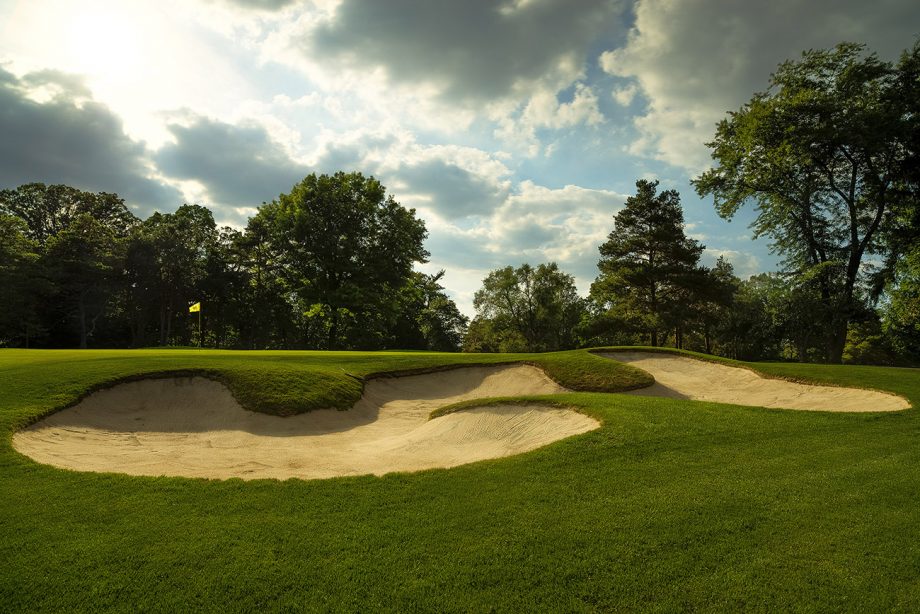 When Oakdale Golf and Country Club was announced last month as the venue for the 2023 and 2026 RBC Canadian Opens, there were two very disparate reactions among Canadian golfers.

From the few who knew of Oakdale or were fortunate enough to have played it, the reaction likely was: “What a great choice!”

From the vast majority of the others, the response might have been: “Where? Why?”

For the edification of the latter group, here’s why the first group was ecstatic.

Oakdale Golf and Country Club is located near the centre of the Greater Toronto Area and will celebrate its centennial in 2026, the year it plays host to its second Open. The club was formed by members of Toronto’s Jewish community and the original nine-hole course was designed by Stanley Thompson. An additional nine holes were built soon after and a third nine designed by Thompson’s protégé Robbie Robinson, also a member of the Canadian Golf Hall of Fame, opened in 1957.

Although it has never hosted an RBC Canadian Open or a CP Women’s Open, it has welcomed the Ontario Men’s Better Ball just about every year since 1959. It will also serve as the site for the final qualifier for next year’s RBC Canadian Open, scheduled for Toronto’s St. George’s Golf and Country Club.

“In addition to spectator access and admissions, we have to consider so many more components: the TV broadcast, media, catering, parking, hospitality, volunteers, accommodations … all that infrastructure.

“As host sites go, Oakdale is somewhat of a unicorn. It’s unique, the best of all worlds.”

Oakdale General Manager John Caven says while the members were “cautiously optimistic” about inviting the Open to Oakdale, that changed to excitement after a couple of meetings with Golf Canada where the pros, and cons, of our country’s only PGA TOUR event were discussed. The club first “raised its hand,” as Caven phrases it, in 2019 to be considered as a venue for its centennial year.

But, he emphasizes, there were many elements to the decision.

“It’s giving back in many ways. We see it as a privilege to host a Canadian Open. Of course, there is the factor of what it could do for our club but there is so much more it could do for our area, for Canadian golf. For that week, we are the focal point of golf around the world, really.”

When the club reached out to Golf Canada in 2019, it was in the midst of a multi-million-dollar restoration/renovation project under the guidance of Canadian course architect Ian Andrew. (For architecture buffs, the Thompson lineage continues with Andrew. He worked with Doug Carrick who started his career with Robinson. Carrick had done some work at Oakdale more than a decade before.)

Players and spectators will see a traditional tree-lined course that incorporates holes from all three nines to create a 7,460-yard layout for the Open. Visually, it will be reminiscent of recent Open venues such as Hamilton Golf and Country Club and St. George’s (also a Thompson design).

Andrew virtually toured the course, using drone flyovers, with representatives of Golf Canada and the PGA TOUR and will be tweaking some bunkers and tees to address the abilities of the world’s best players. During his project, his goal was to make the original 18 true to Thompson’s design and to rework the other holes to feel like a third Thompson nine.

His assessment of what will happen during the RBC Canadian Open at Oakdale?

“I believe the players will just try to hang on for the front nine where the greens are smaller and the fairways are tighter and then go low on the back which is shorter with bigger greens. In that way, it will be like the Masters used to play where it gets really exciting when they’re coming in on Sunday.”

He sees the closing hole creating some excitement with its risk-reward design.

“The final hole has some similarities with Hamilton’s finisher with a creek crossing the landing area and the approach played up to an elevated green. The biggest difference is the creek meanders, which most players can potentially try to shorten by playing up ‘Knudson’s Alley.’ The final green is the most contoured on the property and being in the wrong quadrant will be a tough two-putt. A big swing is a very distinct possibility on the last hole.”

Andrew’s mention of the late George Knudson reminds us that Knudson, an eight-time PGA TOUR winner, was a former club professional at Oakdale. Wilf Homeniuk, like Knudson a member of the Canadian Golf Hall of Fame, enjoyed a 30-year teaching tenure as an Oakdale pro. Not coincidentally, the three nines at Oakdale are named Thompson, Knudson and Homeniuk.

With all its Hall of Fame lustre, an impressive course and an outstanding facility in a perfect location, Oakdale Golf and Country Club is positioned to host two memorable editions of the RBC Canadian Open. And maybe more in the future?