Get out of jail free card 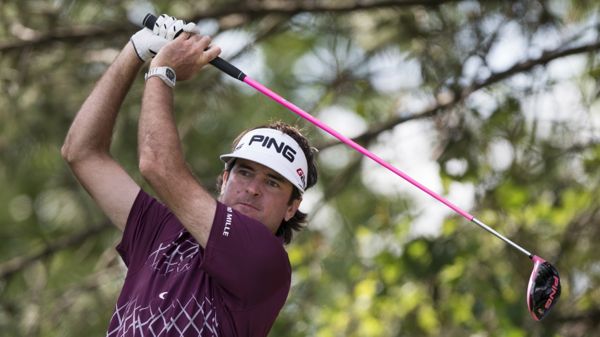 Bubba Watson held a two shot lead over Harris English on Saturday in the Waste Management Phoenix Open.  Known for his erratic tee shots but ability to scramble, Bubba found himself in a familiar situation on the 13th hole of TPC Scottsdale.

Bubba hit an errant tee shot into the desert where his ball found its way into a desert bush.  It appeared he only had two options, an extremely difficult punch out from the bush or taking an unplayable under Rule 28.  This situation was unique as Bubba found a way to use the rules to his advantage.  Bubba called over long time PGA TOUR rules official, John Brendel, to request relief from a burrowing animal hole.

The burrowing animal hole was situated such that it would interfere with the area of Bubba’s intended swing.  With Bubba’s ball lying close to the edge of a bush, John asked Bubba if he was going to have a shot.  It is crucial that Bubba is able to make a reasonable stroke at the ball in order to receive relief under Rule 25 (Abnormal Ground Conditions).  Under the exception in Rule 25-1 it states, “A Player may not take relief under this Rule if (a) interference by anything other than an abnormal ground condition makes the stroke clearly impracticable or (b) interference by an abnormal ground condition would occur only through use of a clearly unreasonable stoke or an unnecessarily abnormal stance, swing or direction of play.”

As Bubba is a professional and accustomed to making incredible recovery shots, he was confident he could play the ball even though it was lying in the bush.  As such, John granted him relief from the burrowing animal hole and Bubba was able to get a free drop from the bush.  He then hit a wedge into the fairway where he was able to make par.

Knowing the rules played to Bubba’s advantage, saving him at least a stroke.

If you would like to expand your rules base, you can begin your Rules of Golf Education anytime, beginning with our online curriculum; to start your Rules Education, click here.

As always, our ‘Ask an Expert’ tool can be utilized and accessed via our website, where we would be happy to answer your Rules-related inquiries.