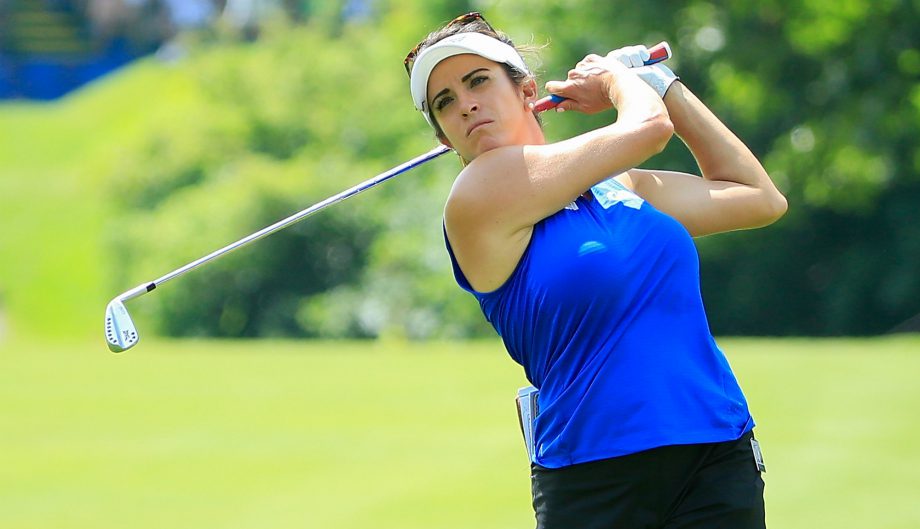 Gerina Piller followed her opening 8-under 63 with a 68 on Friday to maintain a one-stroke in the Marathon Classic.

Piller had four birdies and a bogey at Highland Meadows in the second round to reach 11-under 131.

“Very satisfied,” Piller said. “I feel like I was pretty steady. I kind of had a par streak going there. But I gave myself chances for birdie, and at that point, you’ve just got to be patient, and there’s some birdie holes out there. I stayed patient, not one on my front nine and then reeled off three in a row on the back. It is difficult, but if you can just kind of plug along and hit fairways and greens and keep it simple.”

She’s winless on the LPGA Tour.

“Well, it’s only Friday, so I wouldn’t put the cart before the horse, but to get that first win I think would be really special, no matter where it is,” Piller said. “I’m just going to try to focus on the process, and the result will take care of itself.”

"I don't think I've ever held the lead after the 1st round." @Gerinapiller is the current leader after round 2 of the @MarathonLPGA pic.twitter.com/iWS717CQt7

“I’m actually hitting a little baby cut around the golf course,” Thompson said. “I never thought I would say those words. But I’m just sticking to it, and I hit some great iron shots, which helped.”

Korda played the back nine in 6 under, birdieing the first three holes and the last three.

“I’ve been on top of the leaderboard a couple of times this year and I’ve just learned to stay patient and just take it shot by shot,” Korda said.

"I don't think I've ever held the lead after the 1st round." @Gerinapiller is the current leader after round 2 of the @MarathonLPGA pic.twitter.com/iWS717CQt7

Brooke Henderson of Smiths Falls, Ont., missed her second cut of the season, shooting 70-75. Augusta James of Bath, Ont., Samantha Richdale of Kelowna, B.C., Charlottetown’s Lorie Kane and Calgary’s Jennifer Ha also missed the cut. Hamilton’s Alena Sharp is the lone Canadian left in the field at 4 under after a second straight round of 69.

India’s Aditi Ashok was 9 under after a 68. Sung Hyun Park, the U.S. Women’s Open winner Trump National in New Jersey, had a 70 to join fellow South Korean player Chella Choi (67) and Americans Brittany Lincicome (67) and Laura Diaz (67) at 8 under.

Stacy Lewis, her U.S. Women’s Open chances ruined by a third-round meltdown, was 2 under after a 71. She’s looking ahead to the next two weeks at the Ladies Scottish Open and Women’s British Open.

Lydia Ko, winless since her victory last year at Highland Meadows, had a 68 to reach 1 under. She also won the 2014 event.

“I feel like I’m hitting it OK and I’m putting it fine, but those things kind of need to come together,” Ko said. “At the end of the day, I know I need to be patient, and sometimes it’s just not going to go your way even though you try your best. At the end, all I’ve got to do is just try my best, and after that it’s really out of my hands.”