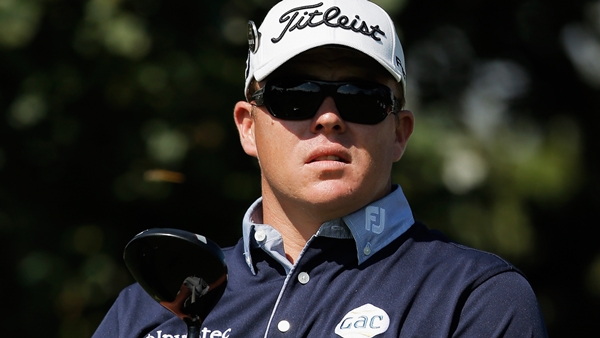 JOHANNESBURG, South Africa – George Coetzee came from four shots back to win the Joburg Open, his first European Tour title, and a place at the British Open on a profitable Sunday for the South African.

Coetzee’s final-round 6-under 66, with six birdies and no bogeys, took him to 19-under 268 overall and past compatriots Thomas Aiken and Justin Walters, the overnight co-leaders.

The 27-year-old Coetzee was flawless on the East Course at Royal Johannesburg and Kensington Golf Club to clinch his maiden title in his 107th tour event, a sequence that included 24 top-10 finishes.

“I don’t know what I’m feeling,” he said. “I’m lost for words. I’ve been waiting a while and I started doubting so I’m very happy.”

Coetzee won by three shots from England’s Tyrrell Hatton (66), South Korea’s Jin Jeong (71) and Walters (73), who needed an eagle on the last to take Coetzee to a playoff and made bogey instead. Jeong and Walters claimed the other two British Open places on offer at Royal Joburg, with Hatton missing out because his world ranking was lower than the two he tied with for second, the European Tour said.

Aiken struggled to a 74 and was tied for fifth on 15 under with Englishmen Andy Sullivan and Matthew Baldwin and Spaniard Alvaro Quiros.

Charl Schwartzel, No. 4 in the Race to Dubai and the highest-placed player on Europe’s money list competing in Johannesburg, was tied for 59th after a second straight 72.

Coetzee was smooth through his final round to set the target at 19 under and birdied all three of the par 5s in his front nine. He enjoyed a lucky break on No. 15 when his wayward tee shot bounced off a tree and back into the fairway and he went on to sink a 20-foot putt for birdie.

Hatton and Jeong couldn’t catch him and, two shots back with two to play, Walters left a birdie putt just short on No. 17 to leave himself a tough task on the last. He could only manage bogey, with Coetzee, from nearby Pretoria, confirmed as the champion while he was signing autographs for fans.

“I got to share this with my family and my friends,” the first-time winner said. “It was my mum’s birthday yesterday and I wanted to do it for her as I forgot to buy her a present.”

Coetzee was the sixth South African to win the title in eight Joburg Opens.